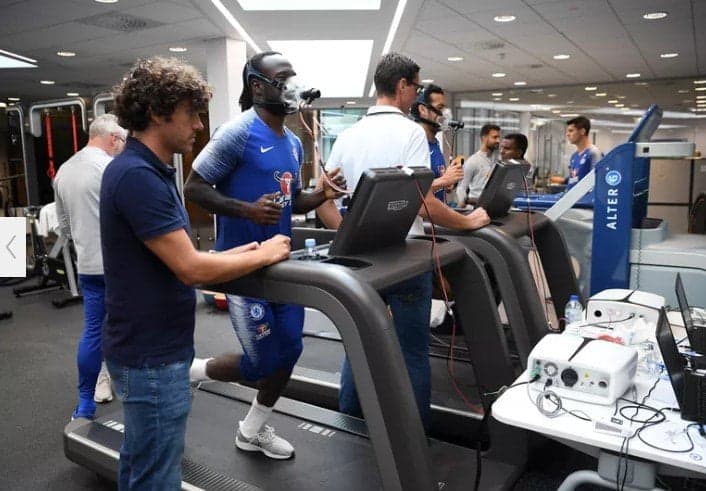 Moses who has appeared as a substitute for the blues in this season was spotted alongside other players in the gym undertaking some intense fitness work and tests yesterday.

Moses had a medical mask strapped around his head and connected to a treadmill as he was put through his paces.

After a deserved day off following the weekend’s exertions against Arsenal, Chelsea returned to Cobham on Tuesday to start preparing for the upcoming match away at Newcastle, and continue building fitness.

Tuesday’s work involved some non-standard training equipment to gauge the players’ progress. These fitness exams, including the VO2 max tests pictured, should give an exact picture of the physical condition of the players and where they need to improve.

A VO2 max test measures the subject’s maximum rate of oxygen consumption, which correlates to the subject’s endurance capacity and overall level of fitness. For a system that relies on 90 minutes of pressing, stamina and endurance are important.

Victor Moses is yet to start a game for the Blues so far this season following his involvement in Nigeria’s first round exit from the 2018 FIFA World Cup in Russia this summer.