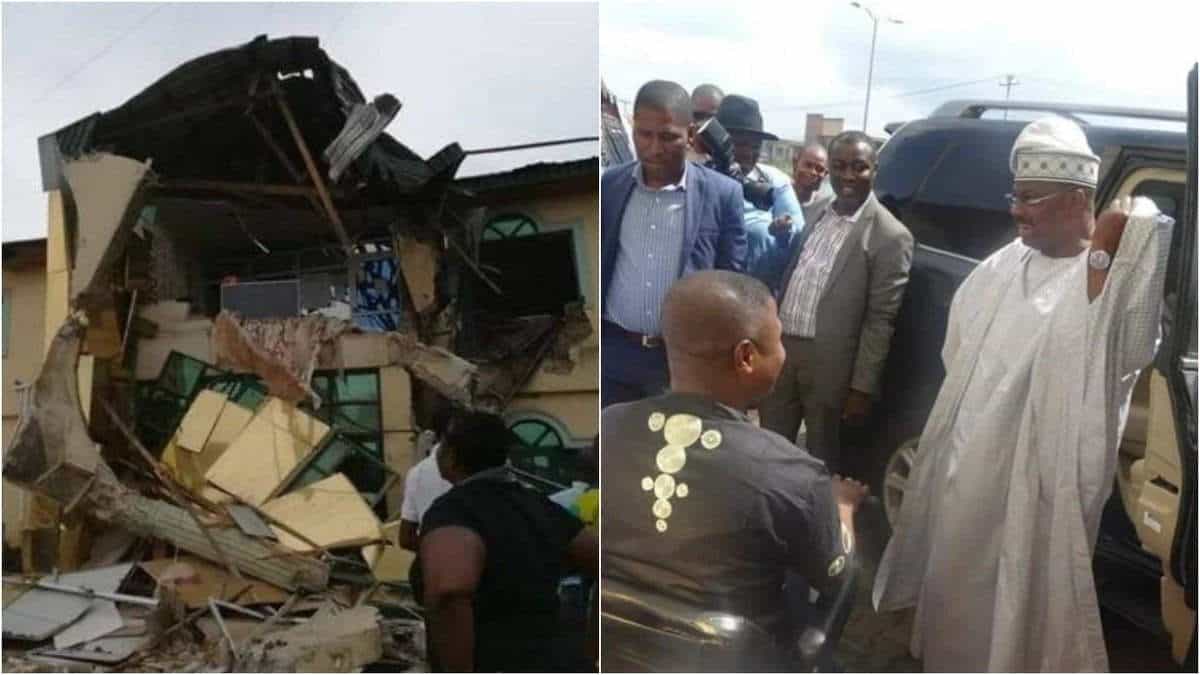 @AAAjimobi @oyostategovt This apparently unlawful action has set a bad precedent, and created a high level of uncertainty and anxiety among many radio stations and other media organizations in Oyo State about the future https://t.co/fz5MaFRH7g pic.twitter.com/751HxXD6lc

The organization urged Ajimobi to “ensure full and effective respect for the rights to freedom of expression and media freedom in Oyo State. We request that you take this step within 7 days of the receipt and/or publication of this letter, failing which SERAP will take national and international legal actions to compel your government to act in the public interest and the overall interest of the rule of law.”

In the letter 21 August 2018 and signed by SERAP deputy director Timothy Adewale the organization said,

“We have information to suggest that the destruction of Fresh FM was based on political considerations and retaliation against the radio station on purported allegations of defamation against you. The facts suggest that the demolition of Fresh FM building failed to comply with the principle of lawfulness and reasonableness. The demolition was neither done in the public interest nor carried out to achieve a legitimate aim.”

The organization said, “This apparently unlawful action has set a bad precedent, and created a high level of uncertainty and anxiety among many radio stations and other media organizations in Oyo State about the future because of the likelihood of their buildings being demolished when they are deemed to broadcast views which the Oyo State authorities may consider too critical or ‘defamatory’.”

The letter read in part: “By going ahead to demolish the Fresh FM building despite being served with the court papers in the case filed by the station, you implicitly obstructed access of the radio station and their owners to appropriate forms of legal protection, contrary to the provisions of the International Covenant on Economic, Social and Cultural Rights to which Nigeria is a state party and which is legally binding on the government of Oyo State.”

“SERAP is seriously concerned that the Oyo State authorities carried out the demolition of Fresh FM building with wilful disregard for the dignity, health, and safety of residents and the owner, who is a person with disabilities. The demolition of the radio station has now exposed residents to the elements and the public to the risk of complete collapse of the building.”

“Since your government’s action in this case suggests serious disregard for the safety and welfare of the residents of Fresh FM, the authorities’ conduct may have risen to a level of severity so as to constitute inhuman and degrading treatment of residents and owner, contrary to the provisions of the Nigerian Constitution 1999 (as amended) and the International Covenant on Civil and Political Rights to which Nigeria is a state party.”

“Your government has reportedly cut water, sewer, electricity, gas, and telephone lines to the radio station, rendering it uninhabitable and incapable of discharging its constitutional duties of informing the citizens and ensuring that government is both responsible and accountable to the people.”

“We contend that the action by your government has no basis in our laws, which provide that no public authorities must resort to self-help and carry out forced evictions and demolitions without a properly obtained court order. Your government’s action also violates Nigeria’s international human rights obligations, including its obligations under the International Covenant on Economic, Social and Cultural Rights to protect private property.”

“However, available facts reveal that the demolition may have been influenced by political considerations, and done in retaliation for alleged defamation by Fresh FM. SERAP has seen an audio recording of you at the radio station in 2016 wherein you claimed to be under pressure from some of the members of your cabinet to demolish Fresh FM building on the ground that the radio station and its owner Mr Yinka did not support your political ambition but that you resisted the pressure to demolish.”

“SERAP has also seen a letter dated 3rd July 2018 and signed by your Attorney General and Commissioner for Justice Oluseun Abimbola wherein you alleged ‘libellous broadcast by Fresh FM 105.9.’ The letter claimed that during a programme “Political Circuit” on Fresh FM on Saturday 30th June 2018, the radio station ‘falsely accused, maliciously and wickedly misled the public and the entire world’ on your alleged interest in a private company.”

“Assuming there was a legitimate claim in defamation against Fresh FM, the proper venue for you and your government would have been to seek legal redress in court and not to resort to self-help in the form of arbitrary demolition of the radio station building.”

“The UN General Assembly has recognized the “fundamental obligation of governments (including that of Oyo State) to protect and improve houses and neighbourhoods, rather than damage or destroy them.”

“Further, the Universal Declaration of Human Rights, in Article 17 provides: ‘Everyone has the right to own property alone as well as in association with others. No one shall be arbitrarily deprived of his property.’ Similarly, the African Charter on Human and Peoples’ Rights to which Nigeria is a state party provides in Article 14: ‘The right to property shall be guaranteed. It may only be encroached upon in the interest of public need or in the general interest of the community and in accordance with the provisions of appropriate laws.’”