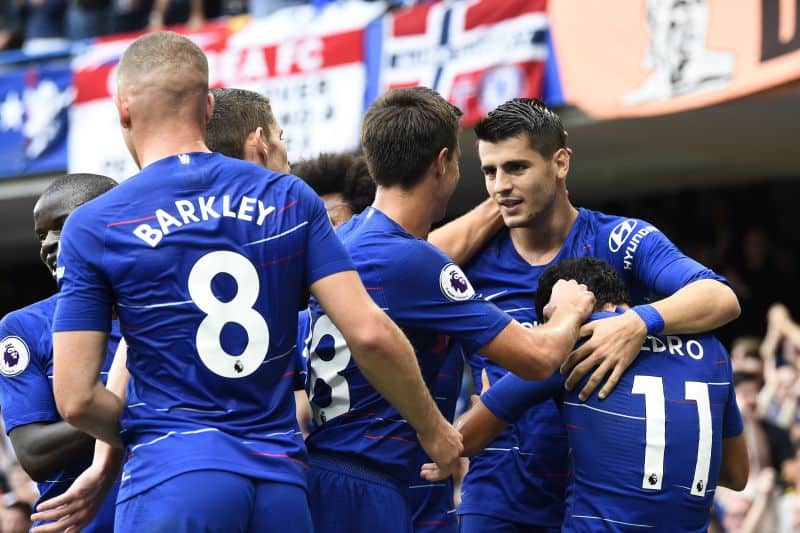 A goal from Spain’s Marcos Alonso in the 81st minute allowed Chelsea to take a 3-2 lead at Arsenal and join Tottenham and Bournemouth to lead the English premier league.

The Blues quickly gained a two-goal lead in the second match, also scored by the Spaniards Pedro and Morata, at nine and 20 minutes, but the Gunners still tied for the first half by Armenian Mkhitaryan at 37; the Nigerian Iwobi, at 41, before Alonso close the count.

Hours earlier, Tottenham 3-1 at Fulham and Bournemouth, who won 2-1 at West Ham Stadium, kept the 100-percent winning run in the competition while Everton , trained by Portuguese Marco Silva, beat Southampton 2-1.

Forward Theo Walcott opened the scoring in the 15 minutes and Brazilian Richarlison increased the hosts’ lead at 31, but Danny Ings reduced to Southampton by which Portuguese defender Cedric Soares started in the second half in the 54th.

The Portuguese arm of Wolverhampton, led by Coach Nuno Espírito Santo, is still looking for their first win in the competition, having lost 2-0 at Leicester Stadium, which has played since the 66 minutes in numerical inferiority due to the expulsion of the forward Jamie Vardy.

The game record featured eight Portuguese players, but the hosts’ winning goals were scored by Irish defender Matt Doherty in the 29th minute and midfielder James Maddison at 45 after Ricardo Pereira’s assist.

The match could have a very different story if João Moutinho’s shots at the home goal bar after three minutes and Mexican forward Raul Jimenez, who was loaned by Benfica to Wolves at the right post at 22, had better luck .