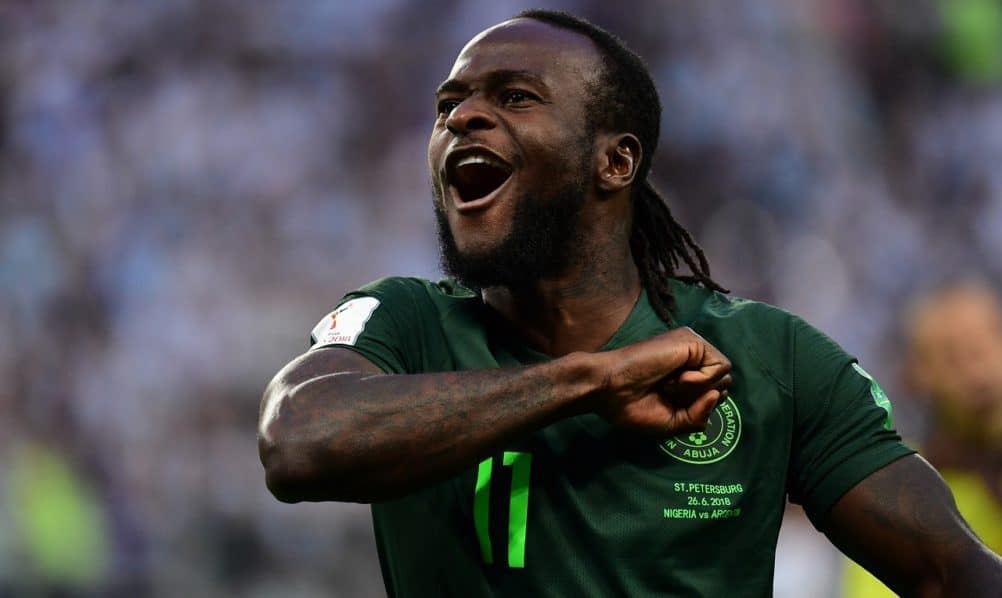 Alex iwobi has reckoned that the retired Super Eagles player, Victor Moses paved way for the him.

The latest England based Nigerian Internationals in Super Eagles hinted that he took his decision to play for Nigeria’s national team to take after Moses who chose Nigeria over England despite being opened to quality opportunities.

Iwobi  who reacted alongside other Super Eagles players to express their view over the resignation of 27-year-old Moses from international football on Wednesday.

Thank You For Paving The Way For Us. You Achieved So Much For Our Country. It Was A Pleasure To Play With You, Wishing You The Best Big Bro @VictorMoses ???? https://t.co/cMH4uELPdD

Saudi based Ahmed Musa on his part also expressed support and faith in the retired player. See tweet:

It was a pleasure to play alongside such a great player. You have served your nation well and will always be remembered. Good luck in all you do????@VictorMoses pic.twitter.com/b7gVutJf7T

Moses, before his retirement is reckoned has one of the the big players with popular figure for the Nigerian fan community.

He ended his association with the Super Eagles on Wednesday, August 15, 2018.

The England based player lasted over six years the Super Eagles during which he won the 2013 AFCON title and represent Nigeria at two editions of the World Cup competition. He accrued a respectable haul of 12 goals for the national team before his retirement.