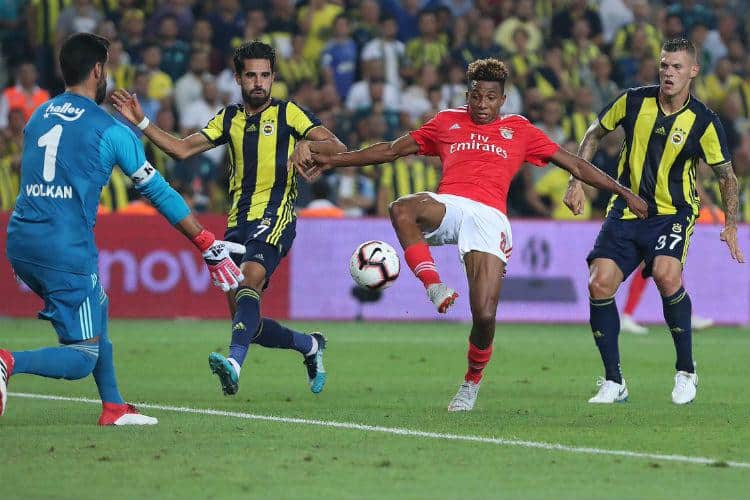 Benfica managed to hold on to a 1-1 draw with Fenerbahce on Tuesday, away from home, and advanced to the Champions League playoff. The Portuguese team secured their place in the first leg of their 1-0 home fixture and is now one step away from the group stage of the main European competition.

In the duel of this Tuesday, Gedson Fernandes opened the scoring for the visitors, but Potuk scored for the Turks and left everything equal in the first half. Benfica played defending off Brazilian striker Jonas, but his compatriot Jardel, who works at the back (formerly Avaí and former Santos), was a starter. In the Fenerbahce side midfielder Giuliano (formerly Grêmio) was on the field in the 90 minutes.

In the next phase, Benfica will face Greece’s PAOK, who also tied a scoreless draw with Spartak Moscow outside the home on Tuesday and went on to win the first leg 3-2. Russian team counted on the Brazilians Fernando and Luiz Adriano, being that the last one was expelled still in the first time. For the Greek team, Léo Matos (ex-Flamengo) and Mauricio Junior (ex-Fluminense) played.

The teams were on the pitch for the third round of what UEFA calls the Champions League qualifier. Now teams will play in the playoffs, which will have the first leg on 21 and 22 August and the return on 28 and 29 of the same month.

There will be six clashes in total. The winners will join the other 26 clubs already guaranteed in the group stage. The draw of the keys will take place on the 30th in Monaco. The final is already scheduled for first of June, at the Atletico Madrid stadium, the Metropolitan Wanda.

Ajax have beaten Standard Liège 3-0 at home and now have Dynamo Kiev ahead of them, who defeated Slavia Prague 2-0 at home. PSV Eindhoven, who went straight into the playoffs, will face Belarus-based BATE Borisov, who eliminated Azerbaijan’s Qarabag after a 1-1 draw at home on Tuesday (the first leg was 1-0 for the Belarussians).

AEK Athens beat Celtic 2-1. Brazilian Rodrigo Galo (formerly Avaí) scored one of the goals. In the next round, the team will face Hungary’s Vidi who drew 1-1 at home to Sweden’s Malmö – the Hungarian side advanced by scoring an away goal in a 1-1 draw in the first leg.

Dinamo Zagreb defeated Astana from Kazakhstan 1-0 at home and progressed to the next round with the aggregate score of 3-0. The Croatian side will now face Switzerland’s Young Boys who went straight into the playoffs.

Austria’s Salzburg have beaten Shkendija of Macedonia 1-0 away from home, accumulated 4-0 at round-robin games, and will now face Serbia’s Red Star who eliminated Spartak Trnava from Slovakia, by 2 to 1, in the extension.