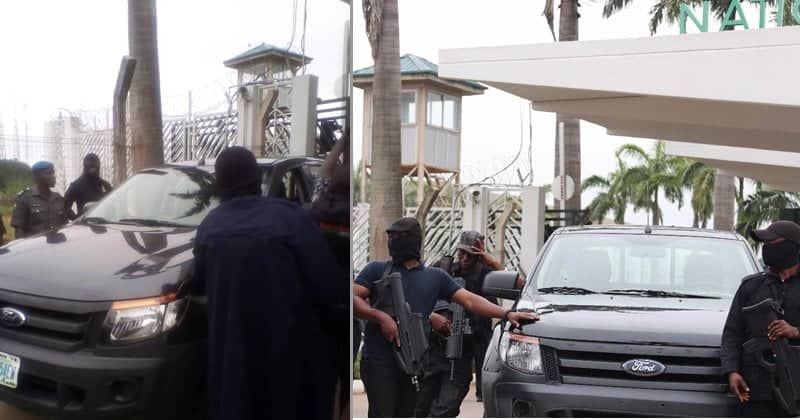 President Muhammadu Buhari, has been called on by leaders of Nigeria socio-cultural groups, Afenifere, Northern Elders Forum and Ohanaeze Ndigbo, on Sunday, to “stop running Nigeria as if he is the head of a military junta.”

Other socio-cultural groups which includes Pan-Niger Delta Forum and the Middle Belt Forum, also stated that the attempt to make Ibrahim Idris, the Inspector-General of Police, to investigate the crime of the invasion of the National Assembly, was rejected by them, stating that the had “perused the wishy-washy interim report submitted to the Acting President” and have no believe in it.

The groups, in a statement on Sunday signed by Yinka Odumakin for Afenifere; Dr Junaid Mohammed for the Northern Elders Forum; Prof Chigozie Ogbu for Ohanaeze, Senator Bassey Henshaw for PANDEF and Dr Isuwa Dogo for the Middle Belt Forum, said the dismissal of Lawal Daura, the Director-General of the Department of State Services, is only a token in the circumstance.

The groups said, “High treason was committed, and, therefore, the matter should not end with merely firing a public official.”

They said, “The gang invasion of the legislative arm of the Nigerian government, the arm of government that constitutes the essence of democratic rule, exposed Nigeria to the whole world as a crude entity where political misfits ride roughshod over decency and all the moral pillars have collapsed.

“We consider the dismissal of Daura as only a token in the circumstance. High treason was committed, and, therefore, should not end with merely firing a public official. We also reject any attempt to make the IG investigate the crime. We have perused the wishy-washy interim report submitted to the Acting President and the only thing we saw in it was the puerile deduction that there were political figures who colluded with Daura to carry out the crime.

“We cannot accept any probe by the IG as he himself should long have been fired if this were a government that places any value on the rule of law. In case there are people who have forgotten, let it be remembered that the IG and his men did nothing but watched almost with amusement the day six thugs walked into the Chambers of the Nigerian Senate and made away with the mace.

“Lastly, we call on President Buhari to accept the fact that he was elected as the President of Nigeria and stop running Nigeria as if he is the head of a secret junta.”

While reacting to the freezing of the bank accounts of the Benue and Akwa Ibom state government, the groups condemned the act.

“The EFCC must issue an apology for this misconduct and desist from such vindictive action.”