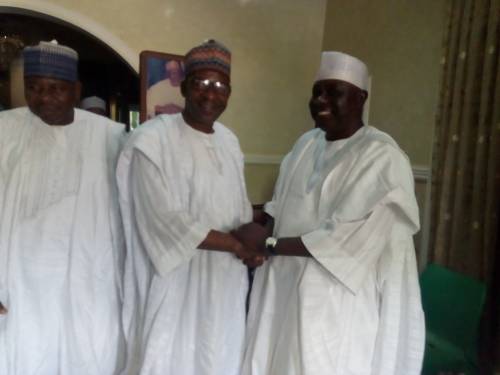 Barka,  a member of the Presidential Committee on North East Initiative (PCNI), whosaid this when he received a delegation of the PDP led by its state chairman yesterday explain further that he could no longer remain in the party as a result of the governor, Mohammed Jibrilla’s “inconsistent and deceptive attitude”.

According to him Jibrilla’s administration runs contrary to political tenets and the Governor has never been a man of his words but only succeeds in deceiving the electorates.

Barka continued, “Jibrilla runs  a divisive government and is never a man that could be trusted.“We left the PDP back then in 2014 because of impunity but surprisingly APC has become worse off when it comes to impunity.“This is a government I helped to build, spending my resources and time but today they hardly recognize whether we exist at all.”

Speaking on the security situation in the country, Barka said the Muhammadu Buhari-led Federal Government has not lived up to expectations, saying the APC performance has been dismal.

Barka decried the persistent killings of innocent farmers in southern part of Adamawa State by suspected herdsmen and lamented that the APC government was doing too little to contain the situation.