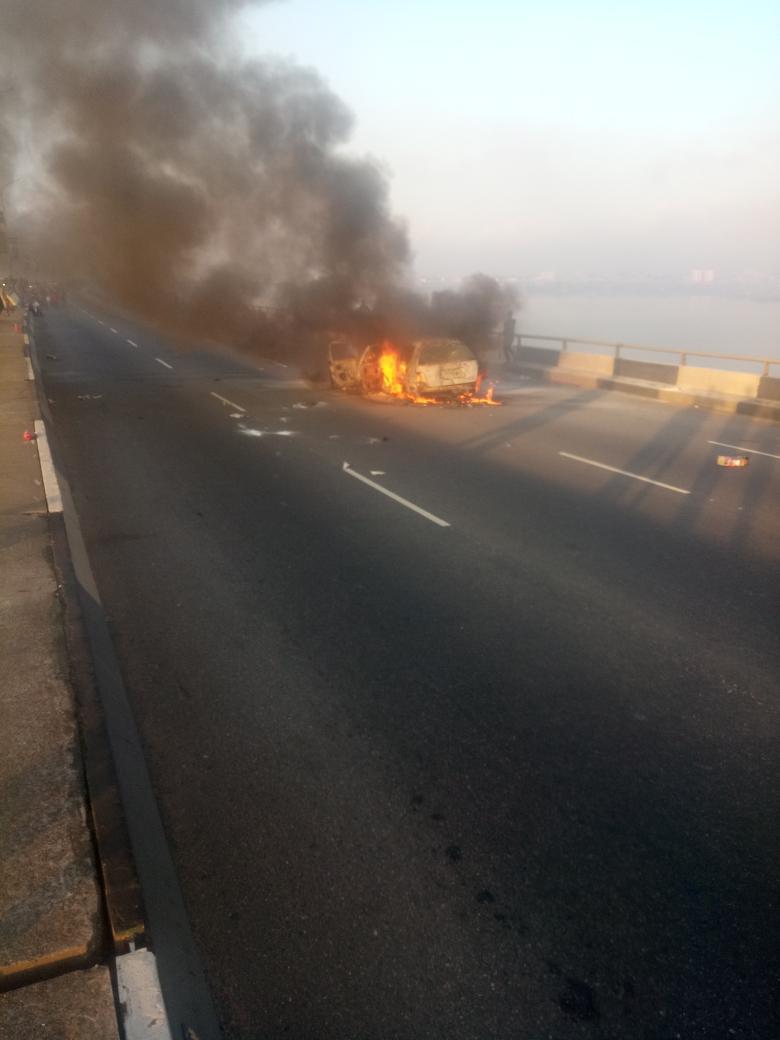 A minivan caught fire on the Third Mainland Bridge in Lagos earlier today, leading to traffic build up on the bridge.

Naija News learnt that the vehicle kept burning until emergency services arrived on the scene to put out the fire.

According to the Lagos State Emergency Management Agency Response Unit Twitter handle, @lasemasocial, the fire started early Wednesday at the Adekunle axis of the bridge.

An eyewitness on Twitter, Pope Piano @yeankhar shared photos of the fire, before and after emergency services arrived.

OK so apparently there's a car ablaze… Good thing is people and cars are far away from it. pic.twitter.com/T2iWz2NMA8

A major tragedy was however averted as the news quickly went viral on social media.