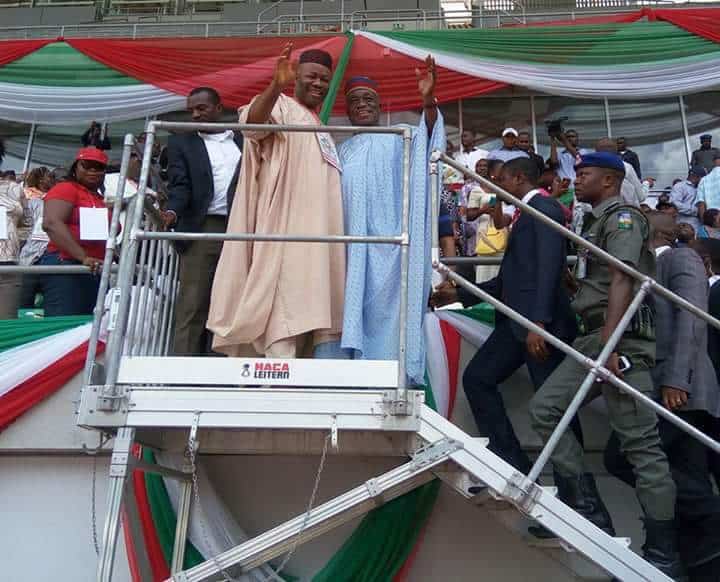 Senator Godswill Akpabio of the People Democratic Party has finally defected to the national ruling All Progressives Congress at a mega rally held at the Ikot Ekpene township stadium on Wednesday.

The former senate minority leader was received into the party by no fewer than 30 APC’s senators and members of National Working Committee (NWC), including the national chairman of the party, Comrade Adams Oshiomole and the party’s National Leader, Asiwaju Bola Tinubu.

The senate majority leader, Sen. Ahmed Lawan, described Akpabio’s defection as the “defection surpasses all other defections. This is a defection that has shaken the opposition Peoples Democratic Party (PDP).They followed Akpabio everywhere to prevent him from defecting but he ignored them.’

He described Akpabio as  a nationalist who believes in the administration of President Muhammadu Buhari.