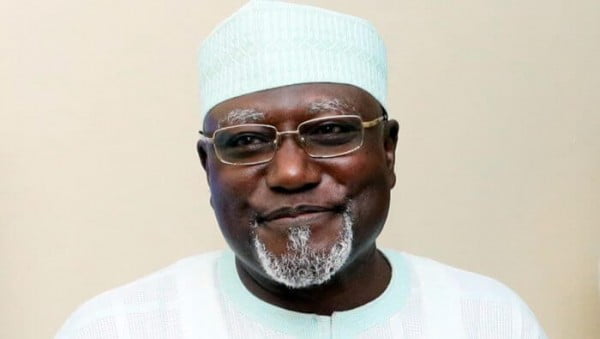 Lawal Daura, director-general of the Department of State Services (DSS) has been arrested, after Acting President Yemi Osinbajo relieved him of his duties on today.

Osinbajo had summoned Daura alongside Ibrahim Idris, inspector-general of police, over the siege laid to the national assembly earlier in the day.

Federal lawmakers were denied access to the legislative chamber, which fueled speculations that the ruling All Progressives Congress (APC) was perfecting its plot to oust Senate President Bukola Saraki.

Both Idris and Daura arrived at the villa at different times. Idris got to the presidential villa at 12;35pm, while Daura got there at 1:15pm.

After briefing Osinbajo, the former DSS DG was arrested.

Unknown to the State house correspondents who were waiting to speak with the security chiefs, Daura had been taken away through another exit.

Osinbajo has condemned the invasion, distancing the federal government from it.