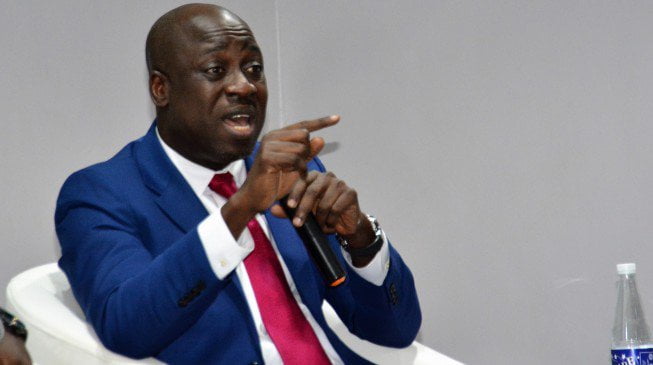 Bolaji Abdullahi, former spokesman of the All Progressives Congress (APC), has resigned as chairman of the Nigeria Sugar Development Council.

He took to his Twitter handle today to announce his resignation, explaining that this is as a result of his decision to leave the APC.

He wrote: “Following my resignation as National Publicity Secretary of APC and my decision to quit the party, I announced to the board this morning that I have resigned my appointment as Chairman, Nigeria Sugar Development Council.”

Abdullahi had said his resignation as APC spokesman because his “loyalty is constantly brought into question”.

He had also said the dissolution of the ruling party’s executive in Kwara state was “only another phase in the unrelenting assault” he has had to endure in recent times.

His position as the council chairman was among the new appointments President Muhammadu Buhari made late last year.

Abdullahi is an ally of the senate president.

President Muhammadu Buhari picked Abdullahi to chair the sugar board in December 2017.