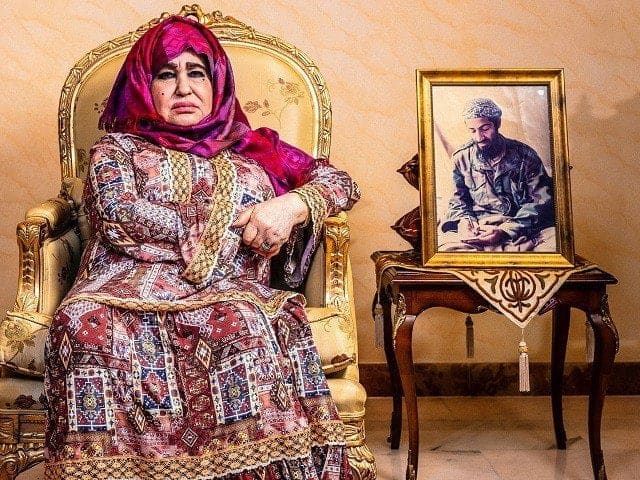 The mother of infamous terrorist Osama Bin Laden, Alia Ghanem, has disclosed the pain she is enduring at the way the life of her son turned out.

Ghamen, who spoke to Guardian in an interview said; “My life was very difficult because he was so far away from me. He was a very good kid and he loved me so much.”

She disclosed that her son became radicalized during his stay at the King Abdulaziz University in Jeddah, where he studied Economics.

“The people at university changed him. He became a different man. He was a very good child until he met some people who pretty much brainwashed him in his early 20s. You can call it a cult. They got money for their cause. I would always tell him to stay away from them, and he would never admit to me what he was doing because he loved me so much.” she said.

Did she ever suspect Osama would become a jihadist? Ghamen said, “It never crossed my mind.”

She went on to reveal, how sad she was that her son had become a jihadist,”I did not want any of this to happen. Why would he throw it all away like that?”

Osama was born in Riyadh in 1957, years after his mother moved to Saudi Arabia in the mid-1950s.