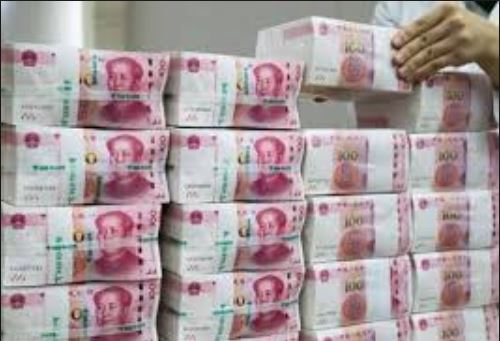 Nigeria’s Central Bank has auctioned it first Chinese Yuan worth N3.6 Billion at a range of 49-51 naira to one yuan.

The auction is part of efforts to encourage the use of an alternative trading currency to the U.S. dollar, as Nigeria is one of the largest importers of Chinese goods in Africa.

The development, which came few days after the official take-off of foreign exchange intervention with the foreign denomination, was executed alongside the usual interbank retail Secondary Market Intervention Sales worth $340.5 million.

The figures obtained from the Nigerian apex bank showed that the U.S. denominated interventions were only for demands in the agriculture and raw materials sectors.

While some traders expressed optimism on the effectiveness of the auction in the long term, it was learnt that some banks received about 60 per cent of what they asked for through the “quote” system.

A gauge of the sentiments of some market operators on the exercise showed that the exchange rate was adjudged cheaper, considering what it would have cost them if executed in dollar.

The Acting Director, Corporate Communications at the CBN, Isaac Okorafor, said the sales in the Chinese currency were through a combination of spot and 15-day tenors.

According to him, the exercise, in line with its guidelines, was for the payment of Renminbi denominated letters of credit for agriculture as well as raw materials and machinery.

He also explained that the requests attended to were bids received from authorised dealers, adding that the availability of Renminbi was to ease pressure on the foreign exchange market.

He attributed the relative stability in the forex market to the continued intervention of the CBN as well as the sustained increase in crude oil prices at the international market.

Okorafor further assured that the bank was committed to ensuring that all the sectors continue to enjoy access to the foreign exchange required for their business concerns, be it the U.S. dollar or Chinese yuan.