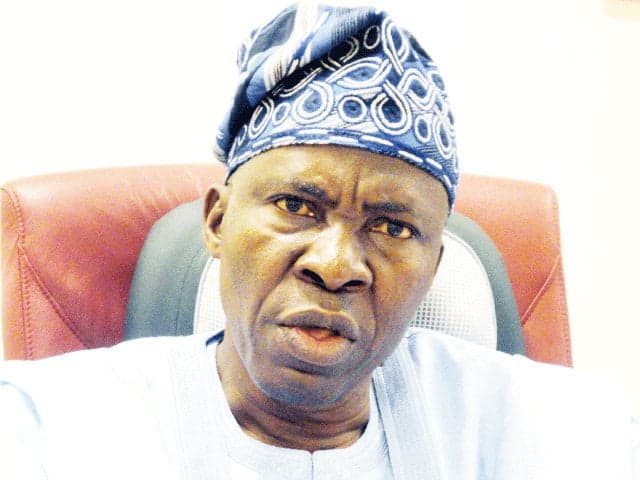 Senator Sefiu Adegbenga Kaka has declared his interest in the Ogun state governorship race on the platform of the All Progressives Congress.

While speaking at a press conference at the Nigeria Union of Journalists, Ogun State council secretariat at Oke Ilewo, Kaka, who was deputy of Governor Olusegun Osoba, from 1999-2003, made the declaration in Abeokuta today.

“I am your man, I have the experience, the integrity and commitment,” he told the newsmen.
He said as Ogun State “stands today, there is ample room for improvement in agriculture, education, healthcare, employment and empowerment of our youth and female folks, rural development, sports and tourism”.
Born to a Muslim family in Ijebu-Igbo on 14 April 1952, . Kaka had his education at Ijebu Muslim College and graduated in 1972.
He bagged a degree in Agriculture from University of Ibadan, and got an MBA from University of Lagos in 1985.
He had been commissioner in different ministries in the state and Chairman and member of numerous Boards of Corporation and Parastatals.
In politics, he was the vice-chairman, Alliance for Democracy in Ogun State before he was named the Deputy Governor, to run with Osoba.
He won the 2011 race into the senate as the candidate of Action Congress of Nigeria, beating candidates of the People’s Democratic Party (PDP) and the Peoples Party of Nigeria (PPN).