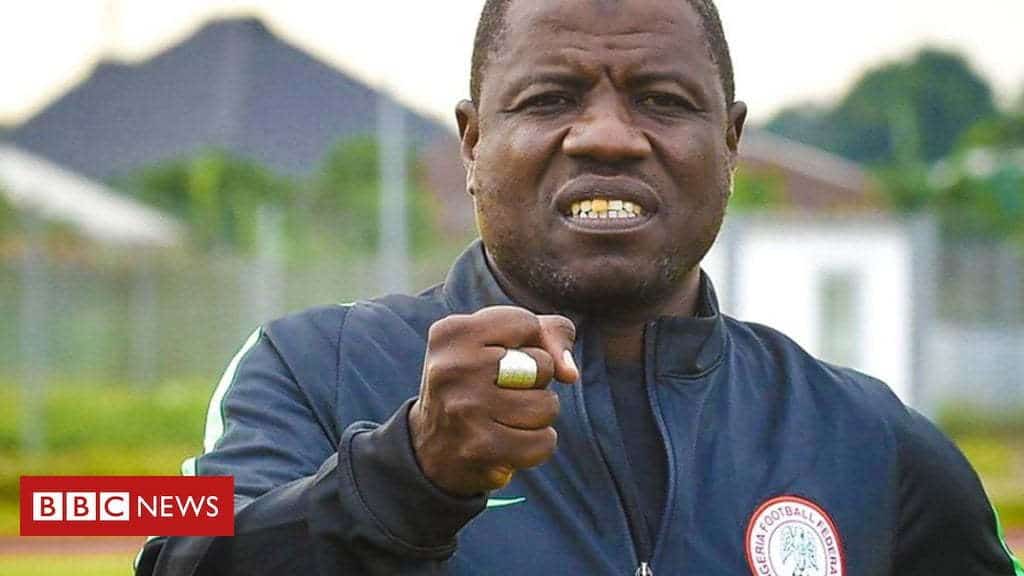 Naija News learnt that In a sting operation masterminded by Ghanaian investigative journalist, Anas Aremeyaw Anas, and aired on the BBC, Mr Yusuf was caught on camera taking cash from men posing as football agents.

After a conversation about player selection, the head coach is seen taking a handful of cash. The impostors wanted two Nigerian players to be picked in the (then) upcoming African Nations Championships.

After Mr Yusuf had taken the money, they alluded to other incentives like the coach getting 15 per cent of the player’s contract after their selection.

In his response, Yusuf denied any wrongdoing. He said he did not demand any money and that what he was given, $750 and not $1000, was a gift. Yusuf also said his selection of players for the African Nations Championship(CHAN) 2018 was based on merit.

Naija News also understands that premium times spoke with some football agents on the development and they confirmed that it is the norm in football circles in Nigeria. They said the corruption is killing the chances of true talents making the limelight.

Francis Abiodun a Lagos-based football agent, said he has been a victim as one of his players (name withheld) was once denied a chance to play for the Nigeria U-20 team, the Flying Eagles, years back because he could not meet the financial demands of the coaches.

“It is more like a norm in Nigeria football and across Africa, but I don’t know of other climes. Remember what Kylian Mbappe’s father reportedly said about FA officials demanding money from him before they could allow his son to play for Cameroon. “Frankly, Salisu is not the only one doing this but he must be brought to book to serve as a deterrent to others.