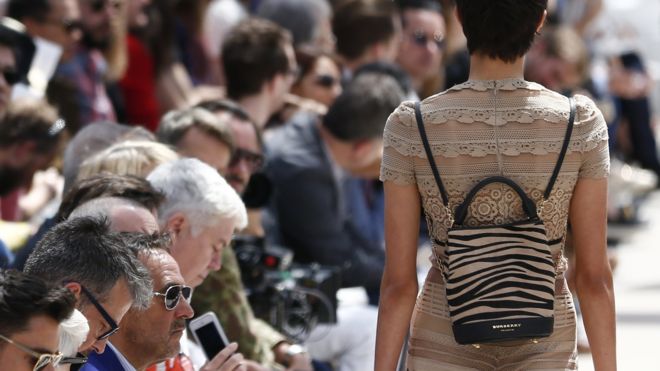 Burberry and other luxury brands deal with excess inventory.

Over the last five years, the total value of products destroyed by Burberry exceeds £ 90 million – £ 446 million.

Fashion companies often destroy stranded goods to keep them from being stolen or sold at a low price.

Burberry says the carbon dioxide emitted with the burning of the products has been offset, making the action “environmentally sustainable”.

“Burberry has careful procedures to minimize the excess inventory we produce. At times when product disposal is necessary, we do it responsibly and continue to seek ways to reduce and revalue our waste,” said a spokeswoman for company.

The company said that last year was atypical, as it had to destroy a large amount of perfume after signing a contract with the American company Coty.

In recent years, Burberry has been struggling to make the brand unique again after a period in which counterfeiters “put the Burberry label on everything they could,” said Maria Malone, who teaches about the fashion industry at Manchester Metropolitan University.

And destroying unwanted products is part of that process, she says.

“They are doing this so the market is not flooded with deals. They do not want Burberry products to fall into the hands of those who can sell them at a discount and devalue the brand,” said Malone. 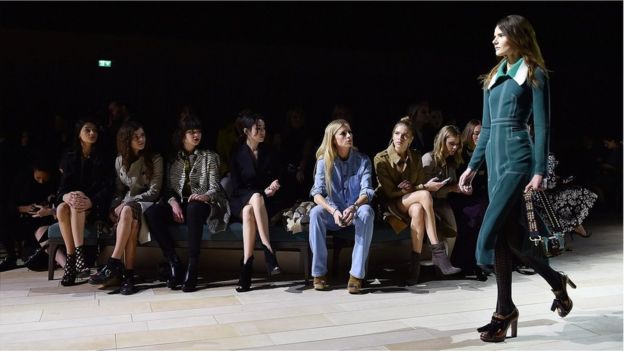 Burberry has been trying to make the brand more exclusive

Environmental costs of the fashion industry

Burberry is not the only company dealing with excess inventory of luxury.

Richemont, owner of the Cartier and Montblanc brands, had to buy back clocks valued at 480 million euros ($ 2.1 billion) over the past two years.

Analysts say part of the watch would be recycled – and the rest thrown away.

Environmentalists complain about the garbage generated.

“Despite its high prices, Burberry shows no respect for its own products, the hard work and the natural resources used to manufacture them,” says Lu Yen Roloff of Greenpeace.

“The increasing quantity of surplus stocks indicates that there is overproduction, and instead of reducing their output, they burn clothes and produce in perfect condition.”

“It’s a dirty secret in the fashion industry. Burberry is just the tip of the iceberg,” she says.

To satisfy shareholders, they must continue to expand, even at the risk of “diluting their identity and creating excess stock,” Jackson said.

“They will never be able to solve this problem.”

In November, Burberry announced an action to “reenergize” its products.

This includes raising brand status, closing out stores that were not in “strategic” locations, and creating a center of excellence for luxury leather goods.

In its last fiscal year, ended March 31, the company reported a 5% increase in profits, which reached 414 million pounds (£ 2 billion),