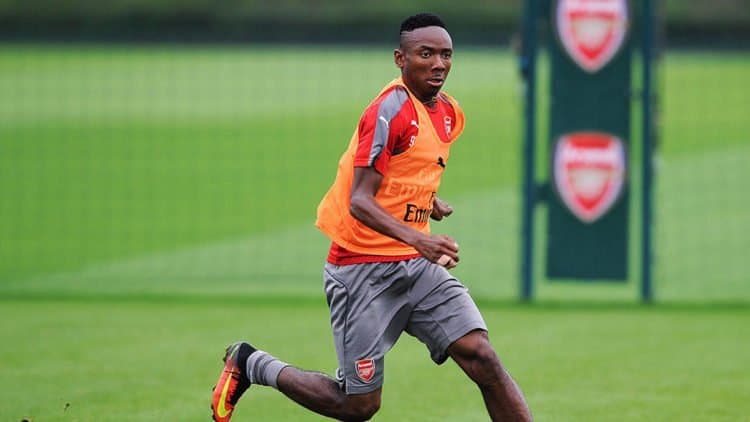 Nigerian midfielder Kelechi Nwakali, has been loaned out by Arsenal Football Club, for the third time since 2016 when he found his way into the London club.

According to the short statement by Arsenal, The 20 years old Nigeria will be spending the next season in Portugal’s team Porto.

Nwakali was first sent to Dutch side MVV Maastricht on Loan when he first got to Arsenal in 2016.

During his time in the Eerste Divisie, the Nigeria international made 34 appearances, scoring three times.

Last season Kelechi remained in Holland – stepping up to the Eredivisie with VVV Venlo – during which time he made 11 appearances and scored once.

According to Arsenal Website, Nwakali disclosed that he would made the best use of the opportunity he would be having at Porto.

“My main goal is to develop, improve my qualities and the other aspects I know I need to correct to grow in the way I play,”

“I think FC Porto is the right place to evolve as a player. There are good players, young people, and I think I’ll grow up here.” he said.

New head coach Unai Emery is set to take the senior squad on a pre-season tour of Singapore, which will include Germany playmaker Mesut Ozil as well as Mohamed Elneny and Alex Iwobi following their break after the World Cup.

on the 22nd of July, Arsenal will battle Europa League holders Atletico Madrid as well as Emery’s former club Paris St Germain as part of the International Champions Cup.