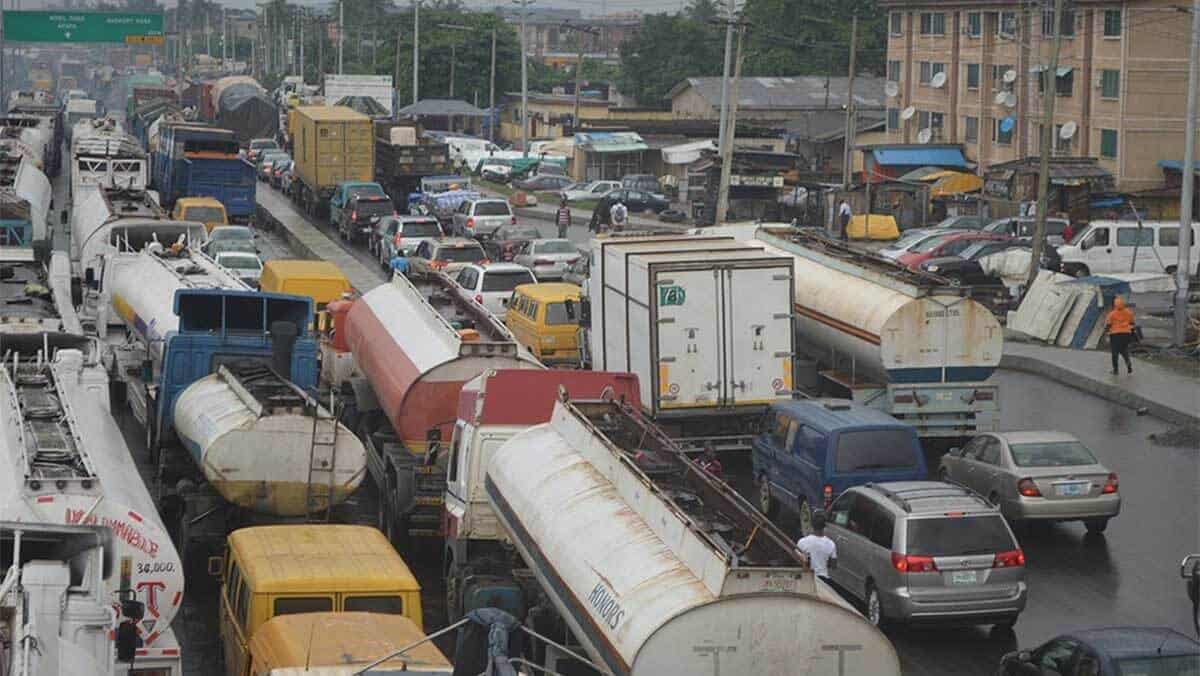 In line with Lagos Government’s new policy to clear trucks and tankers from highways and bridges, it has set up a joint operation, involving security agencies and stakeholders in the maritime sector, to remove all containers, trucks, and tankers parked along the Oshodi-Apapa Expressway.

The exercise which commences today is tagged ‘Operation restore sanity on Lagos roads’,

The clearing will be carried out between the early hours of today and Monday, by 1,000 policemen, 500 officials of the Lagos State Traffic Management Authority (LASTMA), 100 officers of the Nigerian Security and Civil Defence Corps (NSCDC), 120 officers of the Federal Road Safety Corps (FRSC) and 250 personnel of the Nigerian Military, including Army, Air Force and the Navy.

Apart from providing the equipment to be used for the operation, LASEMA will also deploy 20 officials, while the relevant unions within the maritime sector, such as Amalgamation of Container Truck Owners Association, Nigeria Union of Petroleum and Natural Gas Workers (NUPENG), National Association of Transport Operators (NATO) and Association of Maritime Truck Owners (AMATO), will provide hundreds of their members to serve as task force, to work with security agencies.

In a press briefing, after an emergency meeting on the chaos in Apapa axis, as a result of the gridlock, Commissioner of Police, Imohimi Edgal, said the decision to set up the operation became imperative due to the need to restore sanity and prevent complete breakdown of law and order.

“We have held series of meetings between yesterday and today and we have come up immediately with a resolve to immediately start ‘Operation restore sanity on Lagos roads’.

“Thereafter, inventory will be made. The shipping companies will be called to send their representatives to take inventory of the containers taken to the designated locations, so they can continue their activities from there,” Edgal said.

Edgal urged the Maritime Union Workers, in the interest of the nation, to shelve their planned strike and other moves they have so far embarked on, which led to the gridlock, while also appealing to Lagos residents to bear with government, especially in the event of diversions to ensure removal of the parked trucks and containers.

A statement from Commissioner for Information and Strategy, Kehinde Bamigbetan, indicated the state government would urge the Federal Ministry of Works, Power and Housing to consider shifting the proposed closure dates for the Third Mainland Bridge to a latter date, to avoid compounding the situation, as Ikorodu Road and adjoining roads will not be adequate to cope with the traffic if the bridge is shut for repairs, at a time Apapa-Oshodi Expressway and others leading in and out of the ports are experiencing an unusual, albeit, temporary traffic snarl.

He also said while Mr. President had assured Lagos State that the federal government would tackle the matter, decisively, the latest hardship makes the much-needed intervention extremely imperative.

The commissioner expressed regrets that ongoing rehabilitation of roads in Apapa and its environs, and the efforts towards sanitizing truck entry procedures have pushed the trucks to other parts of the city, all because the haulage operators have continued to illegally turn major roads to parks, thereby, using public facilities to increase their private profit.