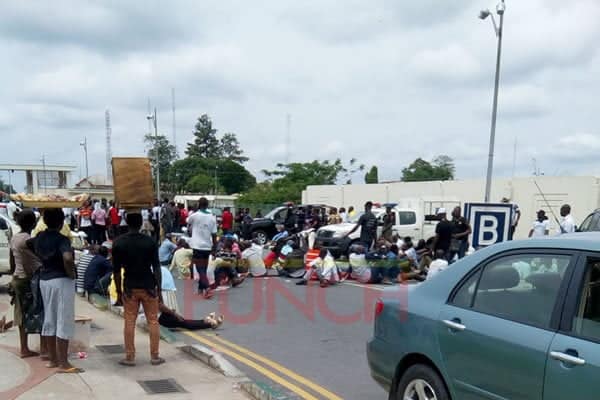 The Federal Government has been pleaded with by some ex-militants from Ondo State over their unpaid nine months amnesty allowances on Wednesday.

Mr Ibori Ogailo, the leader of the group, revealed that the non-payment of the allowances has led to untold hardships of them and their family.

Ogailo stated that the government had gone back on its promise after the militants surrendered their arms and ammunition as the criterion for the payment of the allowances.

He revealed that several appeals had been sent to the Ondo State Government on the issue and had to resort to a protest at the governor’s office on Monday in Akure as a follow-up.

“About 100 of us protested to the governor’s office but we were dispersed with guns and teargas while some of our members sustained several injuries.

“They begged us to surrender our guns, ammunition and since we had done that, peace has been reigning in the state.”

Ogailo said that the government had stopped paying the ex-militants their allowances for some months now.

He pleaded that the government should revisit the matter.

Mr Segun Ajiboye, the Chief Press Secretary to Governor Oluwarotimi Akeredolu of Ondo State who confirmed the protest, however said that amnesty was a Federal Government’s scheme.

“As Nigerians, they are free to stage a peaceful protest and nobody dispersed them with guns or teargas then. The state government even paid their transport fares back to their communities,” Ajiboye said.