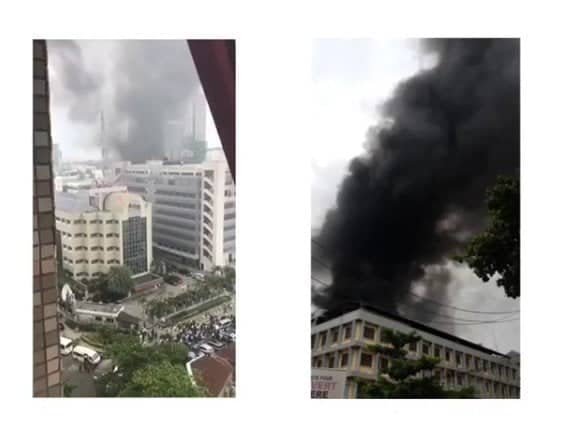 There has been a fire outbreak at the UBA Pensions Custodian Limited, a wholly-owned subsidiary of UBA Plc at 22B Idowu Taylor St, Victoria Island, Lagos,

According to reports, it wasn’t a major fire outbreak and no damage was recorded.

Naija News also gathered that the fire has already been been put under control as the Lagos State Fire Service officers are already deployed to the scene of the incident.

A source at the UBA Head Office said the incident sent staff, as well as people in neighbouring buildings and on the streets, scampering for safety.

He also  confirmed that Fire Service, emergency agency and security officials had been contacted.