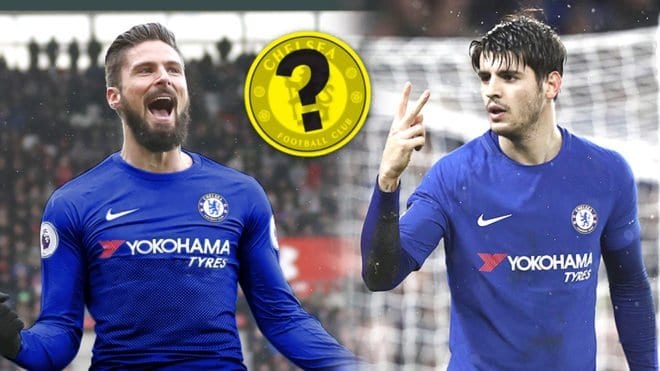 Giroud, Morata Could Be On Their Way Out Of Chelsea

Following the departure of Antonio Conte, and Maurizio Sarri been signed as the new coach of Chelsea Football Club, there has been speculations that Olivier Giroud and Alvaro Morata will be on their way out of the club.

Sarri, who has his own style of play, has implored the club’s board to get Juventus forward, Gonzalo Higuain a deal which will not be in favour of Giroud.

Sarri is offering Alvaro Morata as a swap in a £240,000-a-week deal for Higuain, and the Italians are interested in selling following their spectacular capture of Ronaldo.

They are looking to recoup a big chunk of the £80m they paid for the Spaniard two years ago.

The France forward who just won the world cup could be on the verge of getting a new club to play for in the new season if the deal goes through.

Sarri’s move for 30-year-old Higuain, who scored 36 goals in 35 league games under him at Napoli in 2015-16, puts the Frenchman further down the pecking order.

Giroud has 12 months left on his contract and other clubs are aware of his availability.

Morata, signed for £58m last summer from Real Madrid, wants out of Chelsea after just a year having failed to adapt to English football. He has also attracted interest from Italy’s AC Milan.