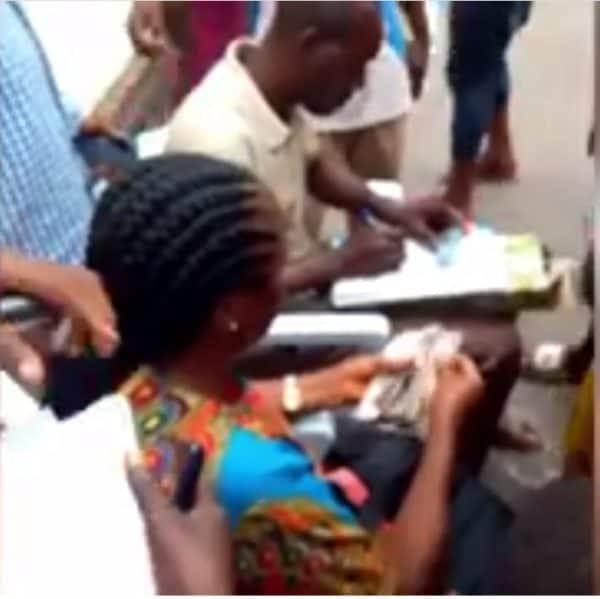 Ekiti State’s Government House in Okesa area Ado Ekiti, was thronged by voters on Friday, who came to collect N4000 bribe with the presentation of their voter’s cards.

The Nation reports that the monetary gratification was given by the governor to voters to vote for the Candidate of the People Democratic Party (PDP), Prof. Kolapo Olusola in Saturday’s election.

Woman Giving out Bribe to voters in the government house (Photo Credit: The Nation)

Report has it that Ekiti People in their large numbers matched to the government house through through the Deputy Governor’s office.

One of the voters who simply identified himself as Tijani, a student of Ekiti State University said he came to collect his share of the national cake since it is free.

Some of the ward representative are seated with the comprehensive voters register in their hands to cross check the name of the would be collector.

Women and Okada drivers packed their machines in front of the deputy governor’s office and passed through a small gate that linked up the office to the Governor Office to collect their dole, The Nation reported.