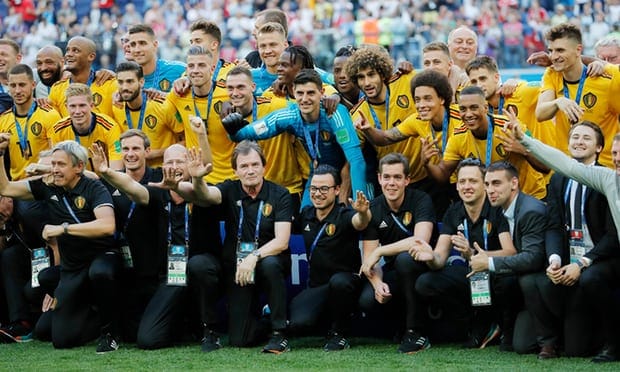 Belgium came out the better side after they downed England 2-0 in the third Place Match of the 2018 FIFA World Cup in Russia.

England finish fourth, equalling their best ever achievement at an overseas World Cup and surpassing all reasonable people’s pre-tournament predictions. Having said that, given how the draw panned out, this was a par result.

Thought England gave Belgium a run for it money, especially in the second half, but they could not convert it obviously massive possession to goals as they could not get the better of Konpany and his companions.

Thomas Meunier opened the scoring in the fourth minute and Eden Hazard doubled the lead in the 82nd minute to secure Belgium’s best-ever finish at a World Cup.

Belgium have taken the bronze medal, they very least they deserve from a strong campaign.

Beyond results, however, they played or at least acted with a personality that rekindled their country’s affection for their national team and that will be the abiding memory for them from the 2018 world cup.

Losing this game was a mild disappointment to England, given how Southgate had spoken of wanting to better the Italia ‘90 side, to record their best ever World Cup display on foreign soil. But watching this game, as Belgium out-played England, picking them apart with ease, it did feel as if fourth place rather than third was right.

England will return home on Sunday with no medals and no tangible proof that they have bettered the Italia ‘90 side, who lost the equivalent of this game 28 years ago.

“I thought we played really well in the second half. We had them on the ropes for the first half hour of that but we couldn’t get the goal. We had that one cleared off the line .. I can’t fault the lads, we gave it everything.