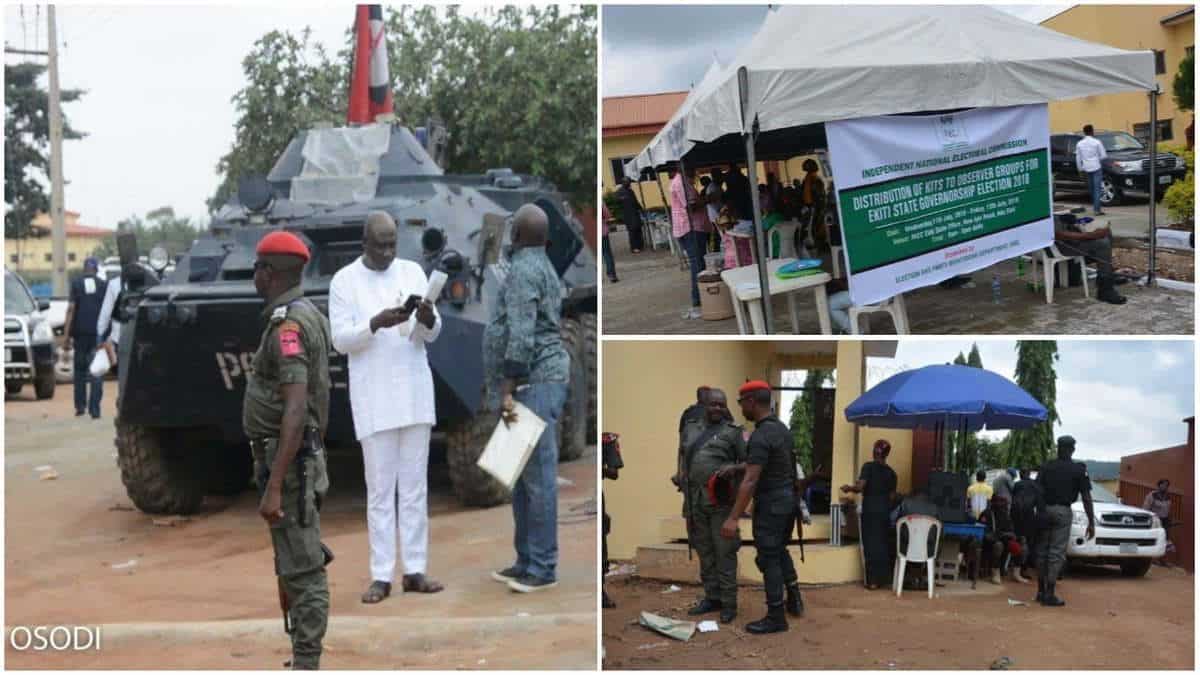 They were reportedly displaying different types of weapons of war, including bazooka, which is the common name for a man-portable recoil-less anti-tank rocket launcher.

The soldiers were conveyed in about 15 different vehicles, including big trucks, an ambulance from 2 Division of the army, one Hilux vehicle of a security outfit set up by the Oyo State Government, known as Operation Burst, other Hilux vehicles.

Many residents of Ado Ekiti watched in amazement when the security men blasted siren from their vehicles, People reportedly gathered at the roadsides to watch the show of force, as they paraded the streets.

In the same vein, officers of the Nigeria Police Force also engaged in a show of force on Ado-Ekiti roads when they patrolled the state capital, same day. More than 50 police vehicles were counted in different convoys that blew siren as they moved on the road.

Also, more than 100 police vehicles were sighted at the frontage of the state Police Command, on Iyin Road of Ado Ekiti.