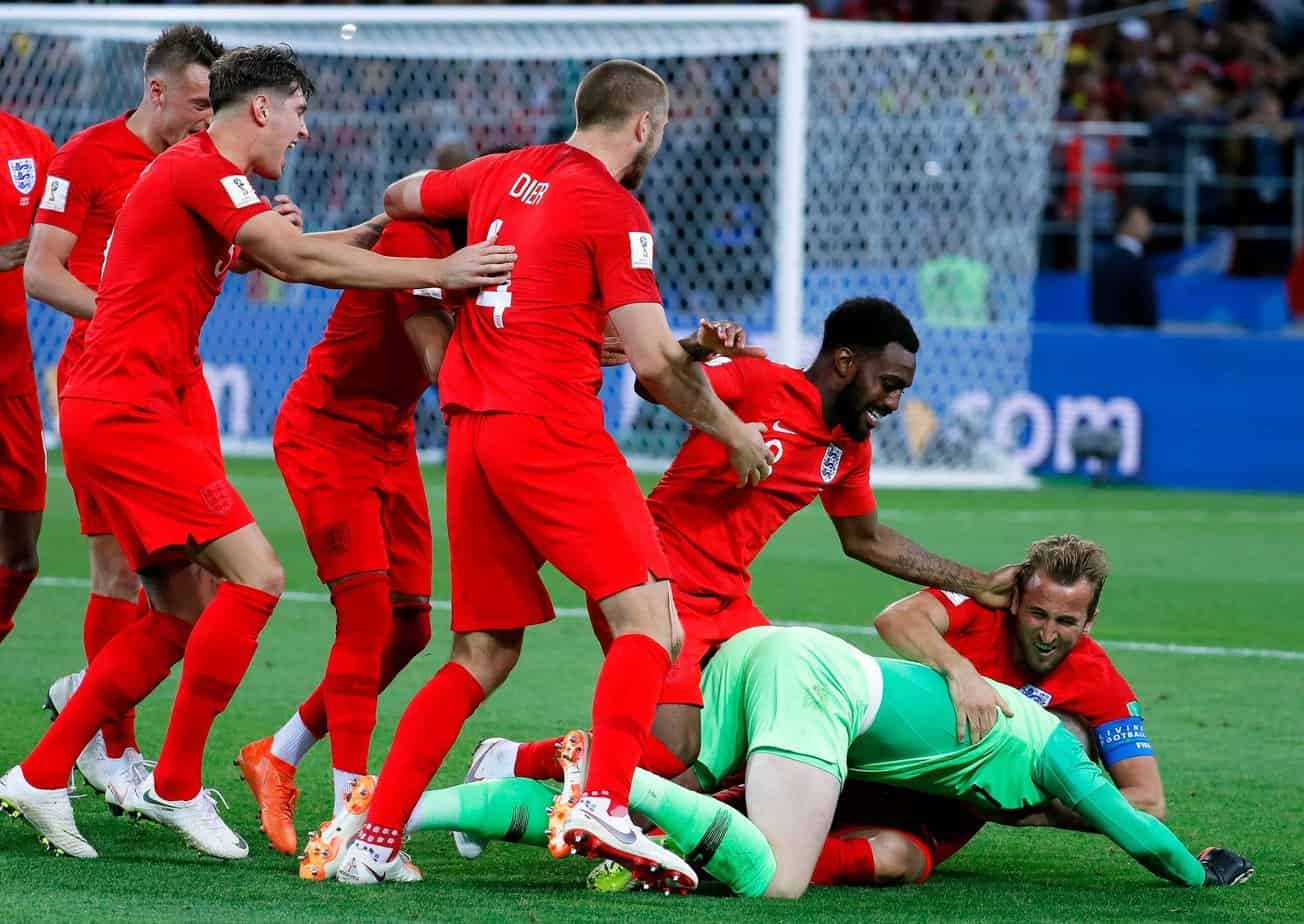 England Beats Sweden To Book A Place In Semi Final

The Three Lions of England has stunned the Sweden Team in the quarter-Final to reach the Semi Finals of the 2018 FIFA World Cup in Russia.

In a very comfortable win over Sweden, England has booked a play in their first semi-finals in the world cup since 1998.

Harry Maguire and Dele Alli scored the goals, as Sweden was denied over and over again by Jordan Pickford in goal, who made three massive saves.

Harry Maguire of Leicester City found the back of the Swedish net in the 30th minute of the game, the defender, skied to a cross and finished with power for the 1-0 lead.

The Jesse Lingard, Manchester United Forward sent an absolutely brilliant ball to the back post, where Alli ran onto it and headed with ease. Take a look.

The victory sends England into the last four, a place few thought this team would be. But youth, efficiency, and belief have carried this team within one victory of the World Cup final.

For the Semi-final Showdown, the Three Lions will play Croatia, the winner of the contest against host Russia on Saturday.

Croatia have booked a date on 11 July in the FIFA World Cup semi-final against England after edging out hard-fighting hosts Russia in penalties in the match played in Sochi.

Croatia were stunned. But the Russian lead had lasted only eight minutes before they drew level, Mario Mandzukic cutting the ball back for Kramaric to head home.

Croatia joined them on Saturday after beating host Russia 4-3 in penalty kicks. A wild 1-1 match after 90 minutes saw each team score again in extra time, with penalty kicks deciding consecutive matches for both teams.

Ivan Perisic hit the post for Croatia in a second half they controlled, yet they had to limp on into extra-time, with goalkeeper Danijel Subasic providing a scare as he hurt a hamstring late on.

Croatia goalkeeper Danijel Subasic once again came up big, making some big saves in regulation, one after getting injured, and saving Russia’s first penalty kick.

His shoot-out miss proved pivotal, however, especially after Smolov’s weak attempt at a chipped penalty was saved by Subasic.

For Croatia, Mateo Kovacic had his penalty saved, but Marcelo Brozovic, Modric and Vida all netted theirs before Rakitic stroked in the winner.