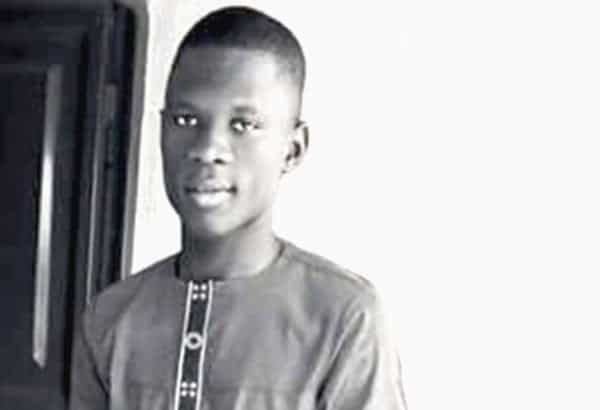 The Victim Was Alleged To Have Died While In Custody

The Special Anti-Robbery Squad in Kaduna State, has been alleged of torturing a woman’s only child to death.

The 21 year old victim, Richard Gora, was a 200 level Architecture student at Kaduna State University and lived with his grandfather at Gonin-Gora, Kaduna South.

In a report by Punch, the SARS operatives accused Gora of being in possession of a phone used to send threat messages, he was reported to have bought the phone from somebody.

Further report has it that the phone was traced to Gora’s residence on Sunday morning by the opearatives.

He was taken to their office on Independence Way, Kaduna, and reportedly tortured him.

The deceased’s mother, on hearing about his arrest, was said to have travelled from Kano State and went to the SARS office that evening.

Punch reported that she met Gora unconscious and begged that he should be released to her on bail so she could take him to a hospital for treatment. But the policemen did not bulge, insisting that they would not release him until their boss was around.

Winifred Leha, an official of a brewery company in the state, who shared the story on her Twitter account, @winnie_wesley, on Thursday, said the student gave up the ghost that night.

She wrote, “SARS beat a 200 Level boy till he died; he was the only child. He bought a stolen phone that doesn’t even browse. The boy didn’t even know it was a stolen phone.

“That phone is not more than N10,000. He was unconscious and they refused to release him to his mother to treat him.

“He was to resume school next week; though the stolen phone was used to threaten someone, at least they should have released him for treatment immediately he became unconscious, his family is taking the matter to court! I’m happy.”

Leha while speaking to newsmen said, the mother of the deceased was considering to let go of the incident, adding that she was too distraught to comment on the incident.

“I talked with the mother of the deceased and she was very emotional. She said she had left the matter to God. But a lot of us are telling her not to let the matter go.

Mr. Mukhtar Aliyu, the Kaduna State Police Public Relations Officer, said Gora was arrested in connection with robbery and sending of threat messages, adding that he complained of illness while he wanted to write statement.

Aliyu, who denied the torture allegation, stated that the 21-year-old was taken to a hospital, where he died.

He said, “We received a complaint on a case of criminal conspiracy, intimidation and armed robbery. There was this man whose office is at Gonin-Gora. He received a text message of threat to give N5m or else something dangerous would happen to him. He usually stays late in the office, but on the day he got the message, he left in time.

“Around 3am, five men went to the office, but they did not meet him. He still received another threat message and we started investigating. We arrested three persons and through them, we were able to arrest the man (Gora). We traced the phone that was used to send the messages to him. He could not give satisfactory account of the phone.“