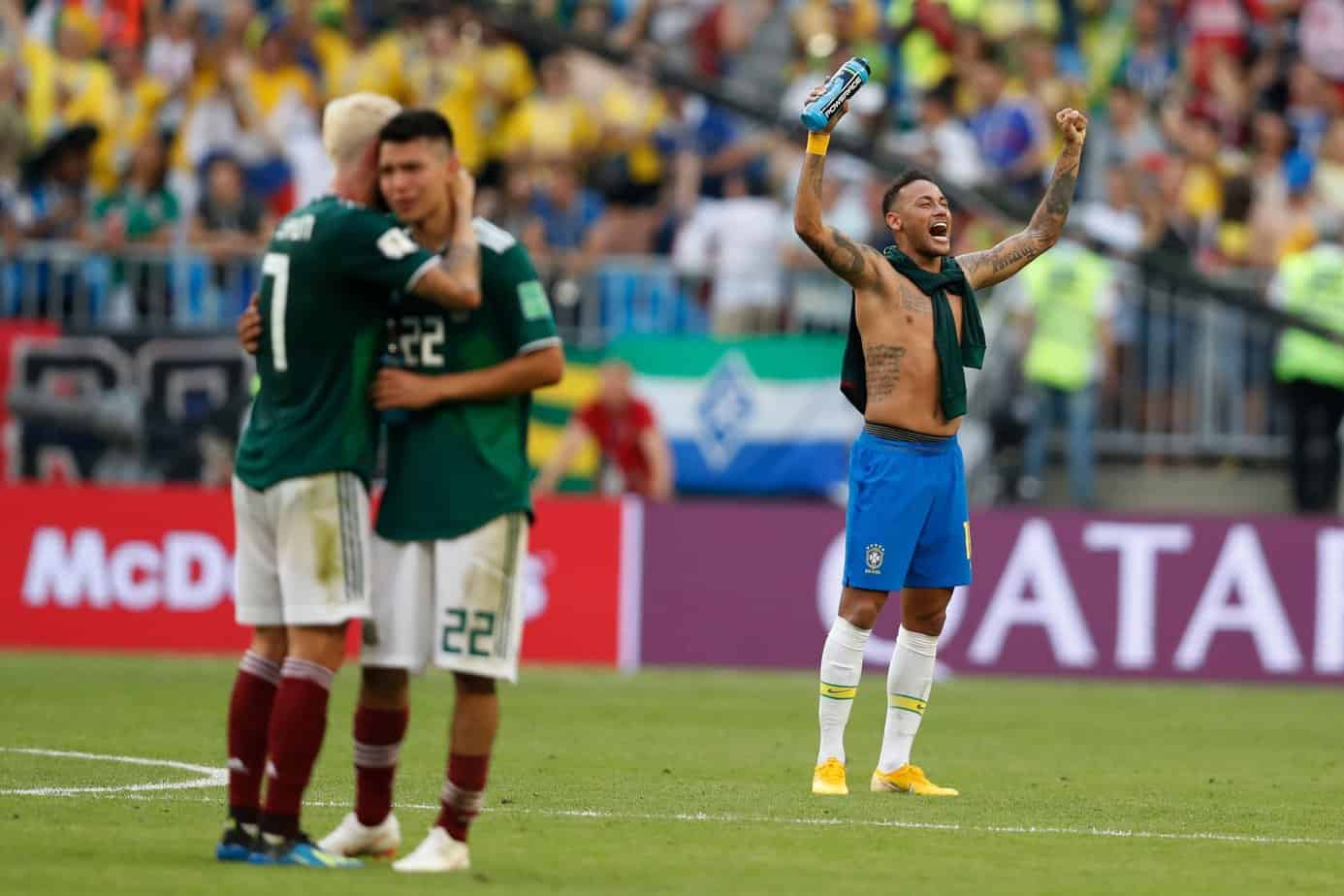 Brazil had a better night against Mexico

Brazil laughed last as they prevailed over Mexico in a very competitive showpiece, while Roberto Firmino and Neymar being the heroes in the encounter.

Mexico had started their world cup campaign by their thrilling 1-0 victory against Germany and got into the round of 16 with such euphoric feeling.

On their part, Mexico have not made it to that stage since they hosted the tournament in 1986.

t was the seventh World Cup running that Brazil have reached the last eight, where they will now face Belgium or Japan.

Brazil, with its overflowing talent, was a challenge too difficult to overcome.

“We’re sad, disappointed, obviously, with a dream that has ended,” Hernández said after the game. “It hurts.”

The five-times champions secured a 2-0 victory over Mexico on Monday to help inflict a seventh straight second round exit on the central Americans.

The PSG forward was both architect and executioner for Brazil, sliding home in the second half and then teeing up Roberto Firmino late on.

Neymar orchestrated Brazil’s opener six minutes into the second half, cutting menacingly from left to right across the 18-yard line, tugging three defenders along with him, before smacking a blind, back heel pass to Willian, reversing the play.

Brazil will be meeting Belgium in their quarter-final encounter.

Belgium survived a major scare as they came back from 2 goals down to carry the day as they won 3-2 to book a place in the quarter-final with Brazil.

The distraught Japanese, who went 2-0 up with goals by Genki Haraguchi and Takashi Inui early in the second half, fell to the turf after Chadli poked the ball home.

With Substitute Nacer Chadli scoring the last goal at the last minute of the game.

Much-fancied Belgium, who had taken a conservative approach to the game, got back into contention with late goals by Jan Vertonghen and Marouane Fellaini before Chadli struck.

Japan coach Akira Nishino, whose side agonisingly failed to reach the last eight for the first time, added: “We were leading. We were going to win, but I didn’t expect this kind of reversal of the result.

“I thought this is a World Cup, and we were faced with the strength in depth of Belgium. That’s how I felt at the end of game.”