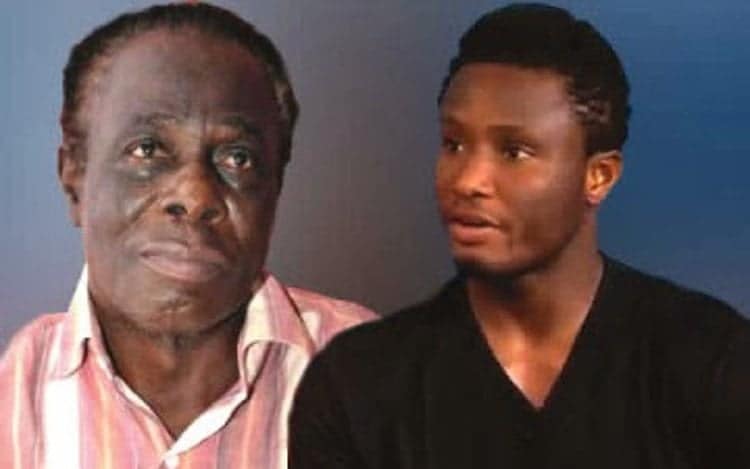 The Enugu state police command yesterday disclosed that Pa Obi, father of Mikel Obi, captain of Super Eagles, has been rescued from a den of kidnappers.

Ebere Amaraizu, spokesman of the command who confirmed this on Monday said the police operatives rescued Obi, his driver and Ishaya John through a well-coordinated operation around 2:30pm.

“It was gathered that Michael Obi and his driver were abducted along Makurdi-Enugu Road on June 29 in the afternoon on his way from Jos in his grey-coloured Toyota Prado jeep with registration number: MUS 604 CG and taken to an unknown destination through the thick forest part of the area,”

“It was further gathered that the abductors started calling to demand a ransom of N10 million before police operatives acted on intelligence information and swooped on them.

“In the process of the rescue, a gun duel ensued between police operatives and the kidnappers which forced the hoodlums to abandon their victims inside the forest and they were promptly rescued.’’

Amaraizu said Obi extolled the efforts of the police which led to their rescue.

“I am happy with the police operatives’ performance,” he was quoted to have said.

“I am alive and healthy. I thank the commissioner of police and the police operatives for their efforts which led to our rescue.”

Naija News recalls that this is the second time that Obi’s father would be kidnapped.

In 2011, he was abducted as he traveled home from work in Jos, Plateau state capital.

Obi who said he suffered in the custody of the Kidnappers said, that  “there were five of them and they were dressed in military uniforms. They pushed me into a vehicle painted in military colours and began to drive very fast. I never knew a vehicle can fly like that.”

The police had raided a neighbourhood in Kano where they found the footballer’s dad. Five persons were arrested in connection with the incident.