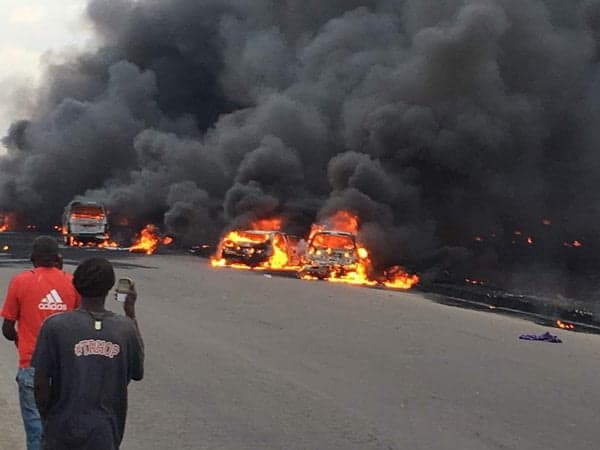 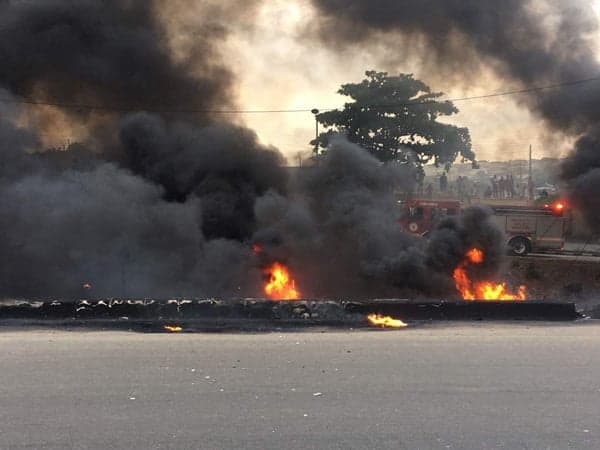 Lagos State Government In Investigation Of The Cause Of Tanker Explosion, Find That Fuel Tanker Was Carry Twice Its Capacity

The Lagos State commissioner for transportation, Ladi Lawanson, has revealed that fuel tanker involved in an explosion on Thursday was carrying “twice its pulling capacity”.

Lawanson who was speaking at a news conference in Alausa, Ikeja on Sunday, said investigation conducted by the state government indicated that the truck involved in the explosion was registered in Kano state and had changed ownership 13 times since purchase.

“This truck was designed as a 14,959kg, approximately 15 tonnes drilling rig with low bed but was converted in Nigeria from a drilling rig to fuel carrier to carry 30 tonnes,” he said.

“From this preliminary investigation, the truck should not have been loaded to the weight of 30 tonnes, which is twice its pulling capacity.”

Lawanson said a further investigation into the current ownership of the fuel tanker and other related details was progressing.

He said facts obtained in the course of the investigation had compelled the review of the legal, economic and social framework of the current management of traffic involving tankers loaded with fuel and other cargoes within the state.

Lawanson said the government was also exploring alternative modes of transportation of petroleum products to separate passenger traffic from cargo movement within the metropolis in the interest of public safety.

Naija News has earlier reported that the state government  gave a 30-day ultimatum to all articulated vehicles coming into the state to obtain the ministry of transportation (MOT) certificate of road worthiness or face sanctions.