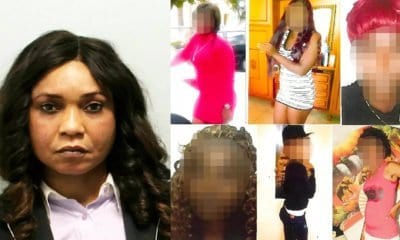 Ms Julie Okah-Donli, The Director-General, National Agency for the Prohibition of Trafficking in Persons (NAPTIP) has said that the fight against human trafficking has been given a major boast with the conviction of a British-based Nigerian nurse, Ms Josephine Iyamu.

Mrs Stella Nezan, the head of the Public Relation in NAPTIP cited Okah-Donli’s reaction in a statement in Abuja.

According to the statement, the Birmingham Crown Court for human trafficking convicted Iyamu.

NAPTIP boss, according to the statement, stated that the conviction have renews the will and courage of the agency to ensure that foreign-based human traffickers all around the world are brought to book.

She added that the agency would continue to collaborate with foreign based agencies to ensure that justice is served for traffickers.

Naija News recalls that Iyamu had become the first person to be convicted under new modern slavery laws, after being found guilty of trafficking five Nigerian women to Germany to work as prostitutes.

She said that Iyamu was prosecuted under the Modern Slavery Act involving victims who had no connection to the UK but had been victimised by a British national.

“Jurors were told the 51-year-old Liberia-born British citizen forced the women to swear oaths to hand over money to her during `juju’ ceremonies.

“Iyamu, formerly of Bermondsey in London, then arranged for the women to be trafficked across the Mediterranean, with one being told to pay a bill of 37,000 Euro (about 32,700 dollars),” the statement read in part.