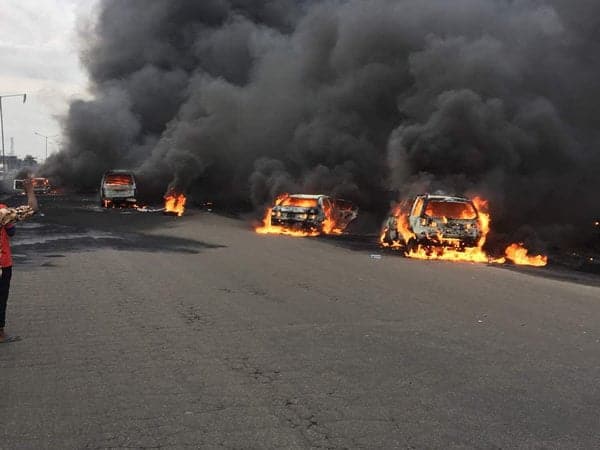 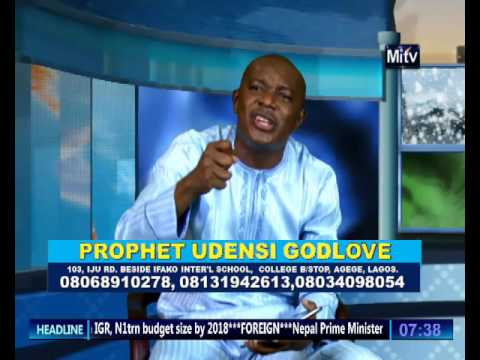 Following a Viral video warning Nigerians about travelling on specific dates, the source has been revealed to be one Prophet Udensi Godlove of Land of Oil Prophetic Ministry (AKA Hill of the Lord), Lagos.

In the audio, which went viral few weeks back, the fiery preacher specifically warned his congregation, nay, Nigerians to pray and avoid traveling out of Lagos on some certain days.

According to the audio, “I saw a lot of dead people and over flow of blood, please let’s be careful.

“June 23, June 28, July 11, July 24, July 30 and August 1, these days have been marked for evil and disasters.
“Do not travel out of Lagos using any of these transportation companies on these dates.

“On July 22, August 5 and 19, no one should travel out of the state using plane, you can travel with them any other day but on these dates, avoid them, they have been marked for blood,” he had said during one of his services few some weeks back.

Barely one week after his prophecy, over 200 persons were brutally butchered by suspected Fulani herdsmen in Plateau State on June 23, one of the days he mentioned in his message.

Just yesterday, June 28 (another day he mentioned)  Naija News recalls that many persons were roasted to death and more than 35 vehicles burnt to ashes as a fuel-laden tanker fell on Otedola Bridge along Lagos-Ibadan Expressway and went up in flame, trapping motorists and passengers.

The message was erroneously attributed to Apostle Johnson Suleiman of Omega Fire Ministry.

In the video version of the message where Prophet Udensi warned his members on some impending disasters in Nigeria and how to avert them.

The man of God, whose Church is located on 103 Iju Road beside Ifako Int’l School College Bus Stop, Agege, Lagos, in the video specifically called on Nigerians to be careful and as well be prayerful as the devil as a roaring lion was seeking for those to devour.
He however said God is capable of averting the impending tragedies only if ‘we can pray.’