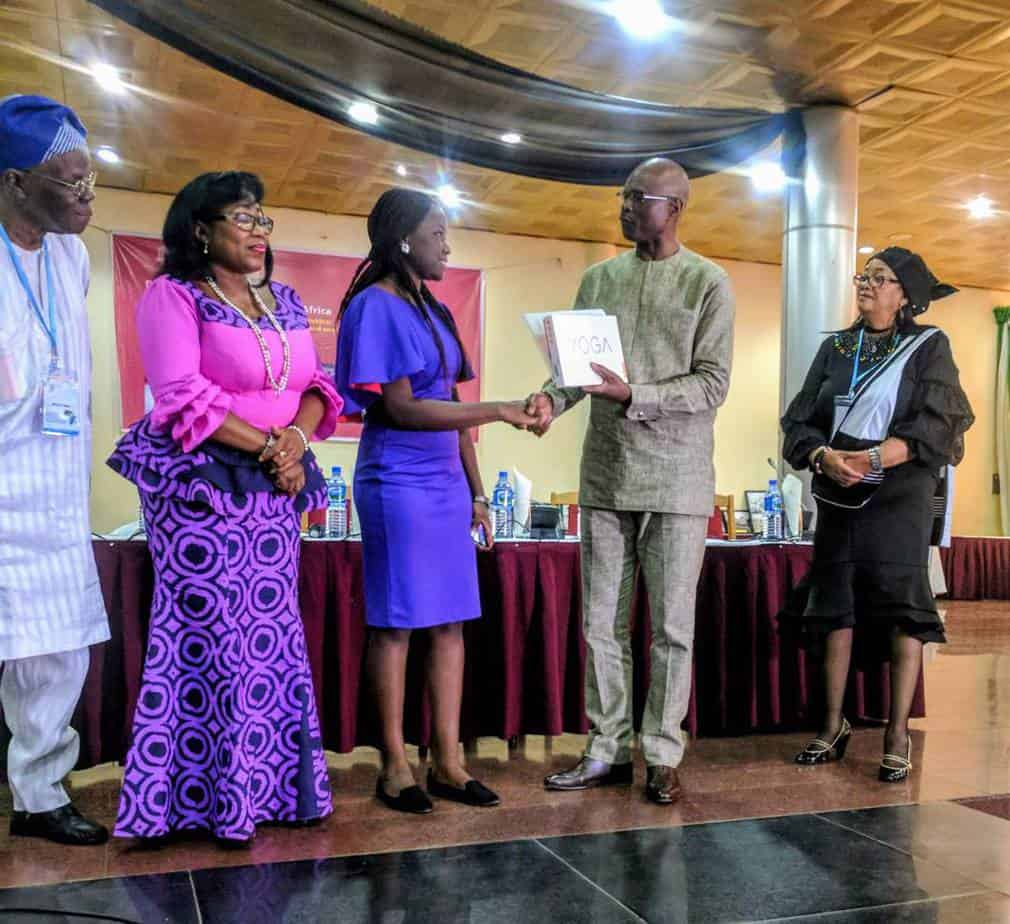 A young Nigerian journalist, Eyitayo Oyelowo, has won the prize for the International Centre for Technical and Vocational Education and Training of the United Nations Educational, Scientific and Cultural Organization (UNESCO-UNEVOC) 2017 Skill in Action Photo contest.

Her photograph of a female aircraft engineer taken at the International Aviation College, Ilorin, Kwara State won her the prize

Presenting the prize to Eyitayo on Monday in Abuja, the Director, UNESCO Regional Multi-sectoral Office, Ydo Yao commended her for putting her skill to action.

He urged youths across the globe to put their skills to action and be committed to whatever vocation they are engaged in.

In her acceptance speech, Eyitayo commended UNESCO-UNEVOC for organizing the global photo contest to celebrate the skills of youth. According to her, youths are doing some really fantastic work which people around the world should know about.

Eyitayo said her skill and interest in photography made it possible for her to win the prize, noting that photography had become a vital instrument for telling stories beyond just documenting events.

She also disclosed that in 2017, her photography skill won her recognitions and prizes globally. She said that her picture of solar-powered streetlights under the Light-Up Kwara project of the Kwara State Government won the World Bank Global Platform for Sustainable Cities (GPSC) Photo contest.

Eyitayo revealed that in the same year, another picture of the streetlight was adjudged the 4th best in the United Nations Human and Settlement Programme (UN-Habitat) #WeAreClimateChange photo competition.

Speaking further, she said that she was proud to be among the women breaking multiple barriers and building careers in hitherto male dominated industries and paving the way for other women to follow.

She therefore, encourage young people around the world who are putting their skill to action not to relent and never give up on their dreams and aspirations.

Eyitayo appreciated her family members, employer, friends and colleagues for their support and for challenging her to be a better person.