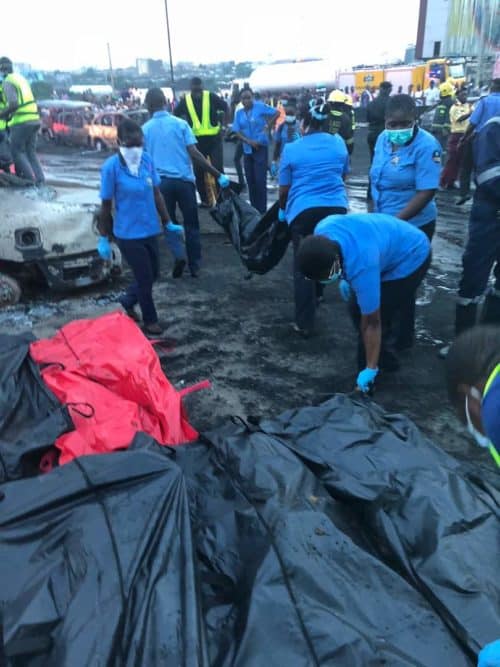 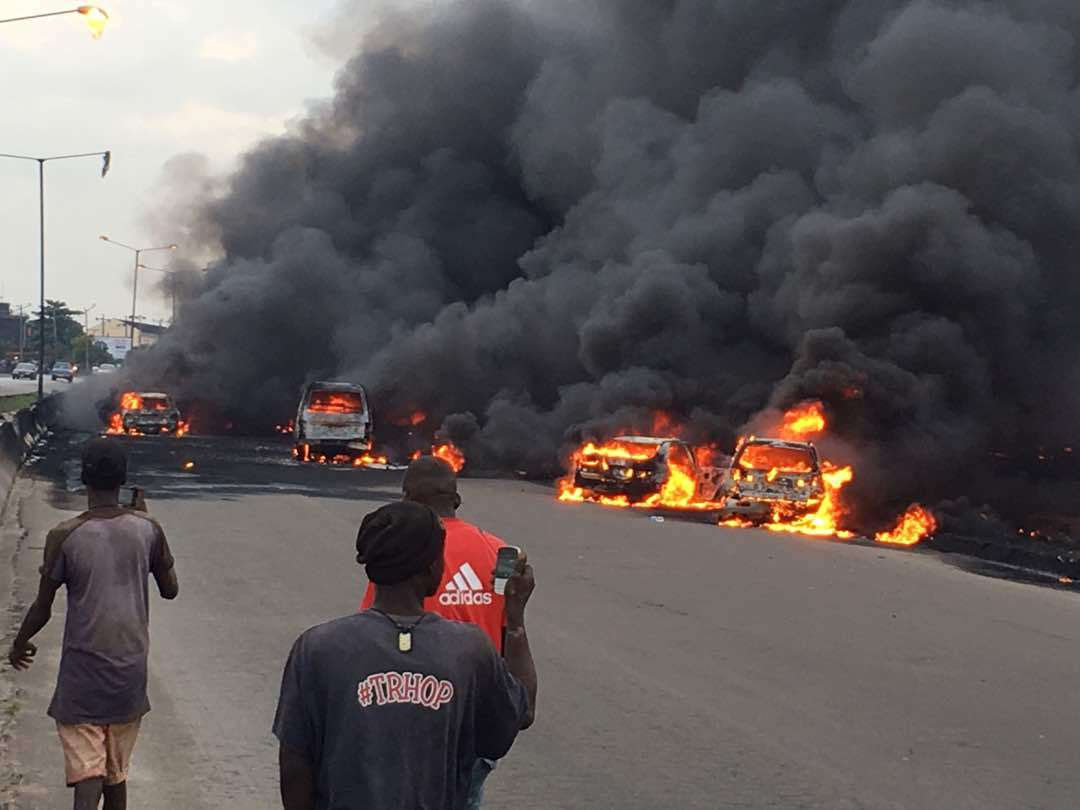 The tanker explosion which occurred on Thursday evening on Otedola Bridge, inward Ojodu Berger area of the State has called for reaction.

No fewer than nine people died and about 54 vehicles burnt yesterday during a tanker fire outbreak on Otedola Bridge, a Lagos suburb on the Lagos-Ibadan Expressway. 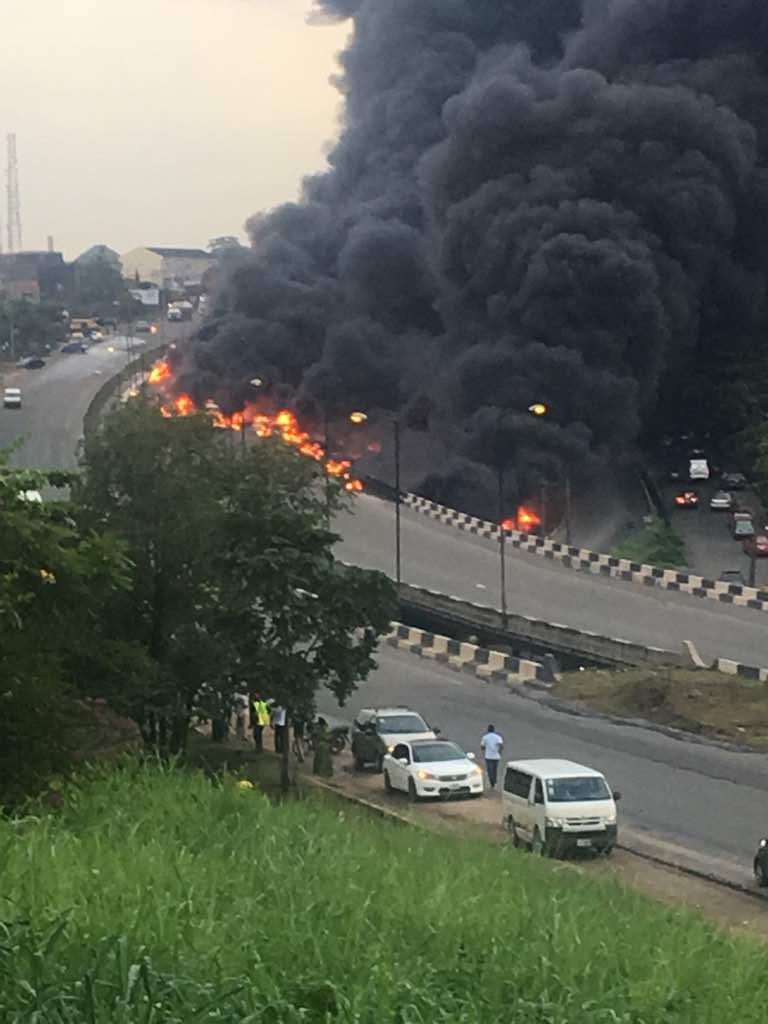 The General Manager, Lagos State Emergency Management Agency (LASEMA), Adesina Tiamiyu, said: “Nine bodies were recovered and four injured people. Two of the injured were in critical condition. They have all been moved to the hospital.

“We are removing the burnt vehicles from the road in order to ease traffic congestion.

“We advise people travelling to Ibadan or outside Lagos to use alternative routes.” 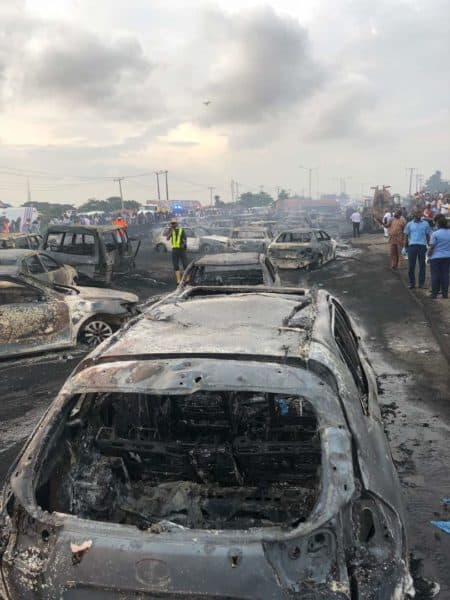 President Muhammadu Buhari has also reacted to the incident, describing it as sad and regrettable, adding that it is one “of the biggest tragedies in Nigeria.”

The President made his feelings known in a statement issued by his Senior Special Assistant on Media and Publicity, Malam Garba Shehu, in Abuja, on Thursday.

“”I’m very sad to learn of the tragic loss of lives, tens of vehicles, property and other valuables in the petrol tanker fire,’’ said President Buhari in reaction to the early reports reaching him concerning the incident.

House of Assembly Speaker Mudashiru Obasa also condoled with the families of the victims. 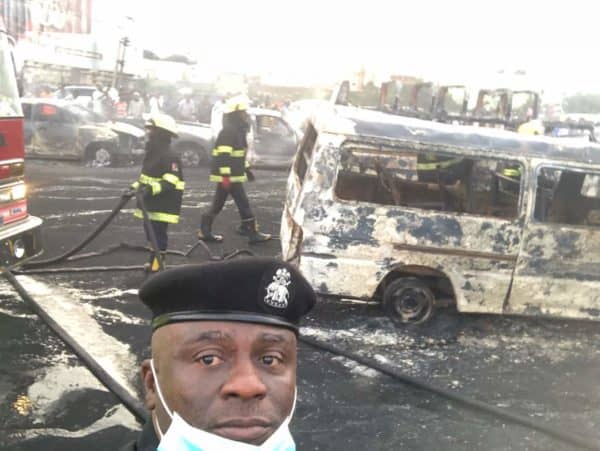 He described it as “a sad development and I share the feeling of those who lost their loved ones in this incident.

“I pray to God to give the victims’ families the fortitude to bear the loss,” Obasa said in a condolence message signed by his Chief Press Secretary (CPS) Musbau Rasak.