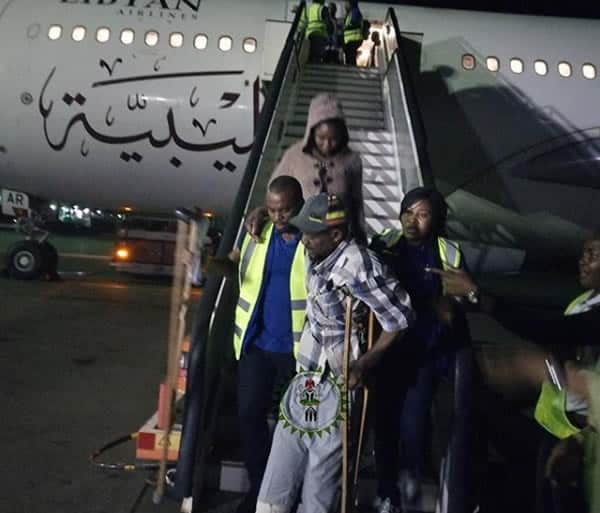 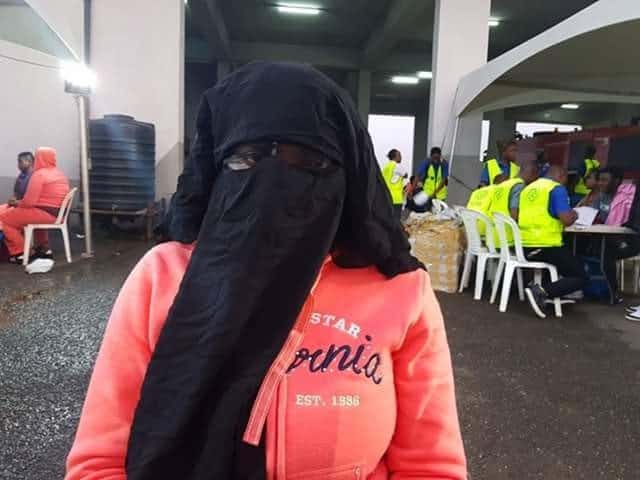 Gang-Raped Libya Returnee Who May Be Pregnant Narrates Her Ordeal

Titi, one of the Libya returnees who was aided by the International Organisation for Migration, (IOM) to return to the country after a failed attempt to relocate to Europe, recently has shared the story of how she was smuggled and gang raped during her attempt to leave the country.

The National Diploma holder has also indicated that she may be pregnant from the rape.

According to Titi; I finished my National Diploma but there was no work. Then, i learnt photography but still there was no money to buy a camera. I did different odd jobs like BRT, sales girl, ticketing and more.

I eventually left Nigeria in April 2018. I was told by a certain woman that there was work in South Africa and that she would settle my travel experiences. I was expected to work for one year and 6 months. I wanted to help my parents so i decided to take the offer. I was so desperate for a better life, I left my 4 years old daughter at home to go look for a better life abroad.

However, instead of taking me to South Africa like she promised, my madame took me to Kano, then Aghadez and Saba in Libya. At Saba, we were sold to Arabs, who in turn sold us to a brothel.

One night, in the room where 8 of us slept, Asthma boys broke into our room and gang raped us. This incident is one of the most traumatising in my life. This happened at the end of April. I haven’t seen my period since then.

I have been in and out of about 4 prisons in Libya. Eventually my boga (smuggler) had to send N700,000 naira for my release.

I didn’t know it was Libya. I have been seeing girls talk about their experience in Libya. I didn’t know I would end up like them. If I had known, I would never have embarked on the journey.