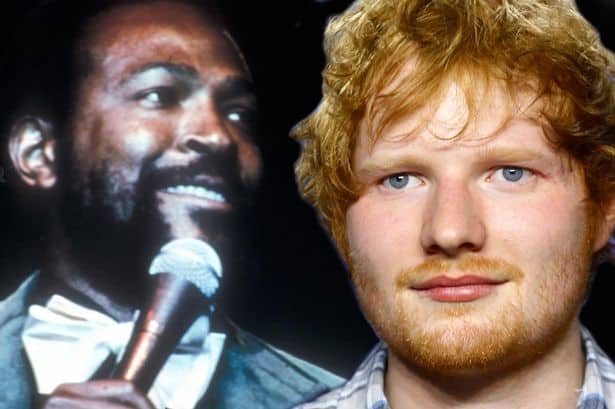 Ed Sheeran’s Song Was Nominated For Grammy In 2016

Ed Sheeran, a British singer has been sued for $100m by a company claiming the singer ripped off a Marvin Gaye classic.

According to TMZ, the lawsuit was filed by, Structured Asset Sales, claiming Ed’s song, Thinking Out Loud, is a carbon copy of Gaye’s Let’s Get it On.

As stated in the Lawsuit, Sheeran’s song has the same melody, rhythms, harmonies, drums, bass line, backing chorus, tempo, syncopation and looping as Let’s Get it On.

Gaye’s song was written by a guy named Edward Townsend and Gaye in 1973. Townsend died in 2003, and Structured Asset Sales bought one-third of the copyright.

Sheeran’s song, Thinking Out Loud was nominated for a Grammy for Best Record, Best Performance and Song of the Year in 2016.

Court documents also showed that Ed’s single and the album it’s on — “X” — sold more than 15 million copies and the song has been played on YouTube more than a billion times.