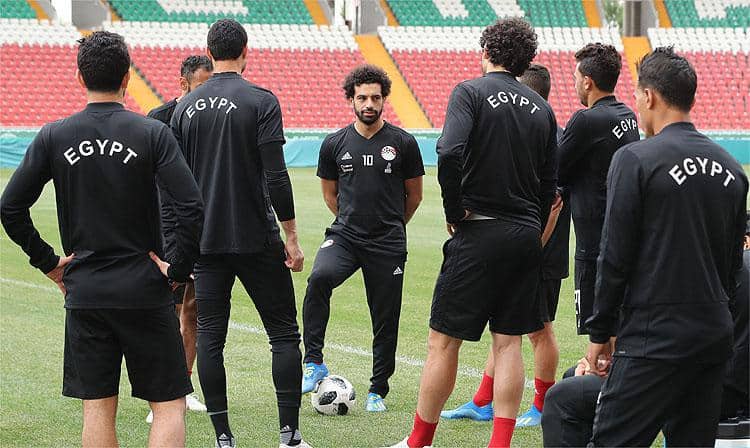 Saudi Arabia resolve not to go back home pointless paid off as they beat Egypt 2-1 in their Last game in Group A at the Volgograd Arena in Volgograd, Russia.

Saudi Arabia, with three points, hold on to the third position in the group scoring their only goals of the tournament and vastly improving from the 5-0 thrashing by hosts Russia in their opening game and Eygpt trails the group.

Egyptian talisman Mohamed Salah’s 22nd minute goal against Saudi Arabia did not change the fate of the North Africans, as they lost their third match in the world cup.

Egyptian keeper Essam El-Hadary became the oldest player ever to appear at a World Cup at 45-years-old.

Salem Al-Dawsari’s angled shot was all Saudi Arabia needed to claim the win in the game in the 95th minutes, thereby complimenting penalty awarded just before halftime and Salman Al-Faraj scored from the spot, to get the Suadi back in the game.

Meanwhile, Russia impressive start of the competition was put to an end as Uruguay have the better of the game with a 3-0 win in the third and last match of the group matches.

Luis Suarez, Denis Cheryshev and Edinson Cavani registered their manes on the score shit for their team. The two team, however would be proceeding to the round of 16/