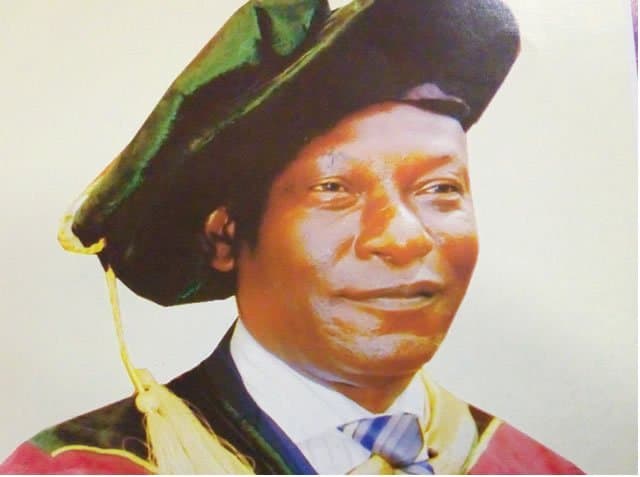 The embattled rector of Igbajo Polytechnic, Igbajo, Osun State, Akinola Olaolu, who claimed to have obtained a Bachelor of Science Degree in Economics from University of Lagos, Akoka, has been disclaimed by the institution as getting the certificate from them.

Mrs Taiwo Oloyede, the Principal Assistant Registrar, Communications Unit, University of Lagos, revealed that the institution does not have a record of the Rector.

The rising issue is in respect to Prof. Chibuzo Nwoke, the Vice-Chancellor of Oduduwa University, Ipetumodu, Ile Ife, Osun State, where the rector had worked in 2012, claiming that Olaolu’s credentials were fraudulent.

Nwoke revealed that Olaolu left the institution over the questionable credentials.

Punch had earlier reported that there was a crisis at the Igbajo Polytechnic, a community-owned tertiary institution in Osun State, over the PhD certificate of the rector.

Report has it that the Rector had come into the school in December 2015 as a deputy rector to the former rector, Tanimowo Oke.

However, because Olaolu claimed to have a PhD in Economics from the University of Ibadan, his arrival reportedly led to the removal of Oke, who had a master’s degree as of then.

More than eight months after his arrival, he was reported to have refused to produce his purported PhD certificate, as he submitted only a notification of result to obtain the job.

When UI was contacted with a copy of the notification of result, Mr Olatunji Oladejo, the Director of Public Communications, said the varsity had no record of the rector.

The UI spokesperson said Olaolu’s purported matriculation number was fraudulent, adding that he did not have any record in the school’s thesis bank.

The rector’s purported thesis supervisor, Prof. Ademola Ariyo, also told PUNCH Metro that there was no record of Olaolu in the Department of Economics where he claimed to have bagged the doctorate.

The university’s spokesperson, Oladejo, said the school’s vice-chancellor, registrar and the head of the postgraduate school had seen the document, adding that it was fraudulent.

One of those who reacted to the report, Williams Abiodun Ajayi, the Legal Adviser and Secretary to the Board of Trustees, Oduduwa University, said he knew the rector.

He said, “Fake result indeed. I know Mr Akinola Olaolu very well. He does not have any certificate. It is not only his PhD that is fake; even his B.Sc and Msc Economics are fake. It was because of this that he left Oduduwa Univesity, Ile Ife. He has only B.Sc in Biology. He should be arrested immediately. If the management of the school is in doubt, they should contact me.”

Punch claimed to have gotten a copy of Olaolu’s purported curriculum vitae, in which he truly claimed to have worked at the Oduduwa University as an associate professor at the Department of Economics and Business Administration, among other claims.

He, however, said he resigned some months after his employment.

He said, “He was not an associate professor. He was employed in 2012 but we discovered that the first degree in Economics, the masters and PhD… all of them were fake.

“When he knew that the system was on him, he resigned. His letter of resignation of appointment, which is before me now, read, ‘In view of the difficulties I have had and still have in presenting appropriate certifications for Economics, I hereby resign my appointment with effect from October 2012.’

“At one time, he claimed that he had a PhD from South Africa and another from somewhere else. But we discovered that his certificates were signed on Sunday. I don’t think he spent up to a year here.”

Also, a copy of Olaolu’s B.Sc in Economics notification of result, was sent to UNILAG for verification. The school’s spokesperson, Oloyede, denied him.

“It has been verified from our records that Dr O.A. Olaolu did not graduate from the University of Lagos. Thank you,” a text message she sent to Punch on Wednesday read.

The Director of Public Communications, University of Ibadan, Oladejo, said his institution was checking its records to ascertain if the MBA and M.Sc claims were true.

The state Police Public Relations Officer, Folashade Odoro, said she was still not aware of the case.

“It is when I am informed that I can talk. Nobody has told me anything,” she said.