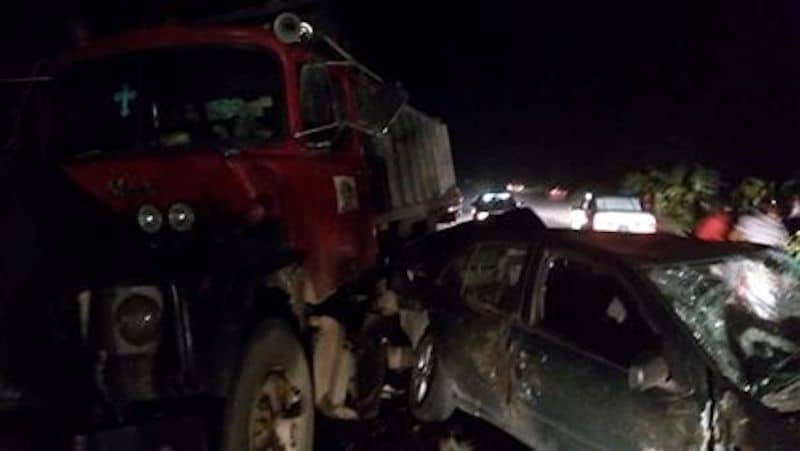 A truck carrying plywood has fallen off the Ojuelegba bridge in Lagos at about 8.30pm to 9.00pm yesterday night.

The truck veered off its track, falling off the flyover at Ojuelegba, Lagos and landing on pedestrians and vehicles, Naija News learnt.

JUST IN: LASEMA Response Unit Currently on scene at Ojuelegba. We would share more with you shortly. Please share a prayer for the affected victims and their families. #LagosCares #Call112 pic.twitter.com/0NEQxPJxis

“A flat bed truck laden with plywood and finished boards tilted on top of Ojuelegba bridge and fell on three commercial buses and a Toyota Camry,” Tiamiyu said.

“Unfortunately, two people died while two other people sustained injuries but what we are doing now is recovery.

“We have removed the vehicles from the road and we have also taken the trucks off the bridge.

“We are now trying to clear the remnants of the plywood at Ojuelegba under-bridge and the top of the bridge. That vehicle was definitely overloaded and that was what I think caused the accident.”

Tiamiyu also  said the truck was overloaded and could have been the reason for the accident. He, however, urged commercial bus drivers to desist from parking indiscriminately at the area saying if they had been properly parked, the accident would not have claimed lives. Details on the number of casualties are yet to be disclosed.