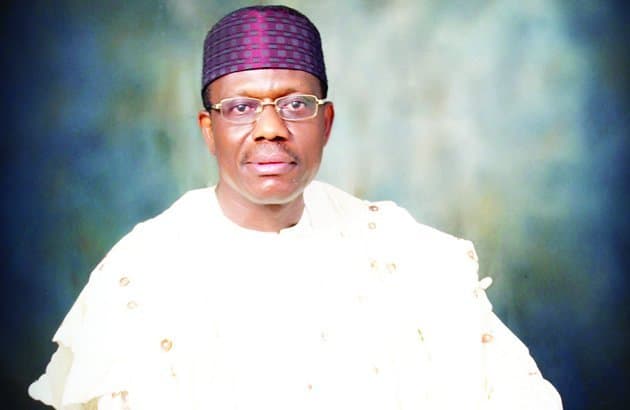 The Treasury Of Ekiti Is Save In My Hands – Omoyeni

Ahead of the Ekiti July 14 governorship election, Chief Adebisi Omoyeni, a former Deputy Governor of the state and also a candidate of the Mega Party of Nigeria, has promised the people of the state a refined life if he wins the election.

Omoyeni, who was also a former Group Managing Director of Wema Bank, urged the people of the state to reject the continuity agenda of Governor Ayodele Fayose.

The governor has endorsed his incumbent deputy, Prof. Kolapo Olusola, as his successor in office and candidate of the Peoples Democratic Party.

But Omoyeni, who served as Fayose’s deputy in his first term, stated that he is the best man for the job, he revealed this at a welcome rally organised for him as the governorship candidate of the Mega Party of Nigeria in Ado-Ekiti and Ikere-Ekiti, his hometown.

People present at the rally were, Ayoade, his wife, the MPN National Secretary, Mr. Adeleke Adekoya; the state MPN Chairman, Chief Dare Adekolu, and other members of the state executive.

Omoyeni said, “Do you want continuity of suffering, sorrow, no salary, and looting of our textile industry?

“Let’s join hands together to enthrone the Mega Party because the APC and PDP represent epidemic and death. We want to make life easier for our people; we will tackle the problem of non-payment of salaries. I will ensure that all salary arrears are cleared within the first 18 months.

Adekolu said Ekiti’s treasury was safe in the hands of Omoyeni if elected governor noting that he would listen to the people of the state.

He said, “To win an election, it requires a party that is on the ground. The MPN is on the ground in all the 177 wards and 16 council areas of Ekiti State and God has answered our prayers by giving us Bisi Omoyeni.

“We are mobilising our people to vote for him and by the grace of God, we are winning the July 14 governorship election in Ekiti State.“