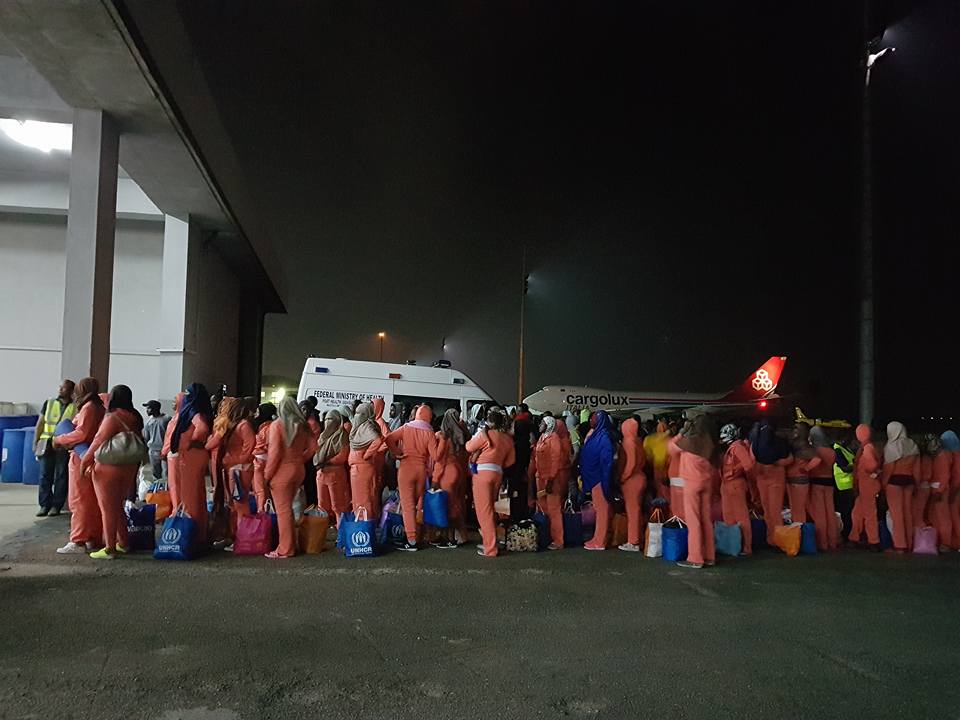 Libya returnee, who was recently evacuated from Libya has narrated how he survived through the miserable ordeal.

Naija News recalls that the International Organisation for Migration, IOM had just aided 157 stranded Nigerians to return back home.

The returnee, who identified himself as Osama from the Orhionmwon Local Government Area of Edo State said he had raised N800,000 to enable him travel to Europe, through the North African country but the experience for him in the desert was unthinkable as he lost six of his friends as a result of the hot weather condition during the torturous journey.

“I was a shoemaker before I left Nigeria and I had a store. It was difficult. Some people died there (Libya) but I thank God that I am still alive.

“I lost eight of my friends in Libya. Six of them died in the desert because of the heat from the sun. There was no shade to cover us and water, so, they lost their strength and died.”

The returnee noted that though he earned an income as a worker in a hotel in Libya, he returned home empty and sad.

“My parents knew when I left and they gave me their blessing. I worked in a hotel in Libya and earned 500 dinars per day.

“If I have another opportunity, I would like to go to France by air. I am not happy that I am back but there is nothing I can do. I am a youth and I left because I did not have a job.

“So, if the government can help me with a job that would be good because I came back with nothing. I left Nigeria as a rich person but came back miserable,” he said.

Meanwhile, the State Agency for the Control of AIDS reports that over 2,000 returnees had undergone medical screening.

The Executive Director of SACA, Floral Oyakhilome, who gave the report, said the new returnees had been cooperative with the agency with the understanding that it was important for them to know their health status and seek counselling or medical care where necessary.

“It has been very nice, unlike in the past when we had to beg them to have the test. Immediately we told the new set to get tested, they complied and we have had a good turnout.

“When they come, they go through pre-counselling to know what they are about to do so that they can willingly subject themselves to the test. If we have those who tested positive, we do post-counselling,” Oyakhilome said.