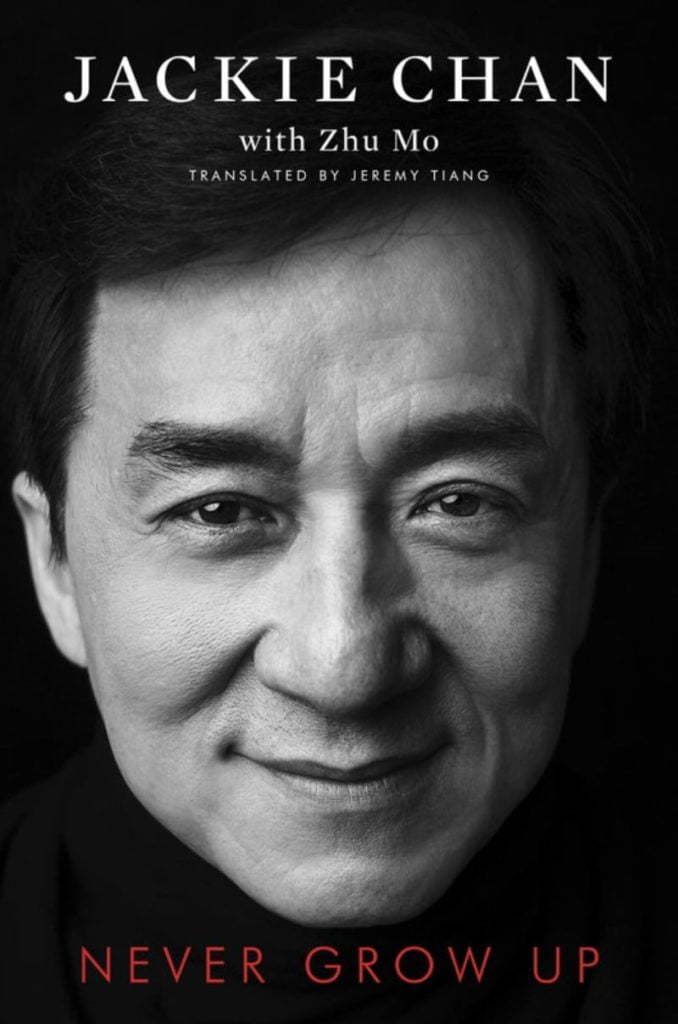 Jackie Chan has encapsulated the amazing stories of his life and career in a new book.

The News book is the second in the series of biographical account of the star after his 1998 memoir.

According to Galaxy, the Associated Press that Never Grow Up is a “candid” account of everything from his youth with the China Drama Academy to his “numerous” near-death experiences on and off camera.

According to Gallery, a Simon & Schuster imprint, the Book also Featured the Films 65 years old Chan featured in firms, movies in Hong King and Hollywood. The book also x-ray his  imperfections as a family man.

Jackie Chan’s previous books include I Am Jackie Chan: My Life in Action, a memoir published in 1998.
Chan’s other films include a remake of The Karate Kid and the Police Storyseries.