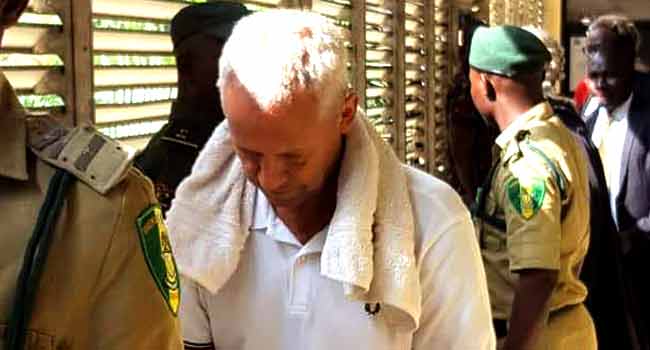 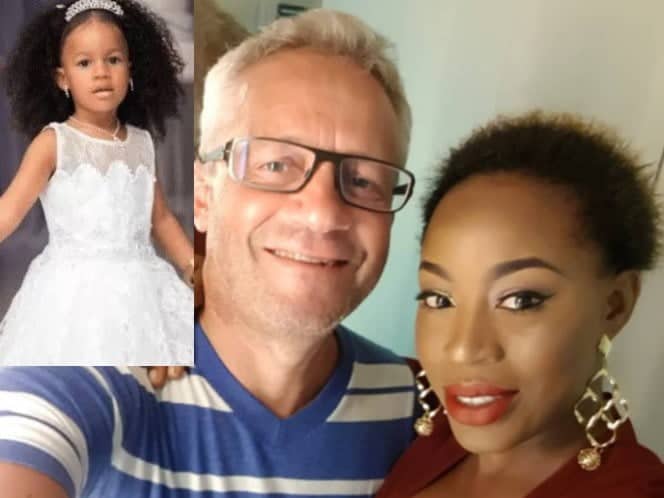 Mr Peter Nielsen, the Danish man who allegedly killed his wife and daughter has been asked  to remain in prison custody while his trial starts in  October latter this year. NaijaNews understands that the Lagos High Court sitting in the Igbosere gave the order following Nielsen’s arraignment by the Lagos State government today.

The suspect appeared before Justice Bola Okikiolu-Ighile on two counts of murder, an offence contrary to Section 223 of the Criminal Laws of Lagos, 2015.

The Attorney General and Commissioner for Justice in Lagos, Adeniji Kazeem, led the state prosecution team at today’s proceedings. He told the court that Neilsen, 53, allegedly killed his 37-year-old wife, Zainab, and his three-year-old daughter, Petra, on April 5, 2018, at about 3:45 am at their Banana Island residence in the Ikoyi area of the state.

But defendant pleaded not guilty to the charges while the Attorney General consequently asked the court for a trial date. Counsel to the defendant and a former Attorney-General of Lagos, Mr Olasupo Shasore, had no objections to the request but he told the court that the defence team would like to carry out a test.

Nielson, in his response, said, “Yes I give my consent for my blood sample to be taken for DNA”. Shasore further informed the court that the defence team needed the results of an autopsy report earlier conducted by the prosecution team for trial.

“We are interested in the autopsy report and the prosecution has assured us that we would get it in four weeks. We need to consult some of our experts for analysis of the test as we would need it during the trial,” he added.

The commissioner, on his part, promised to make same available to the defence team, noting that the state government’s forensic lab would collect the blood sample of the defendant. he explained that this was because of the pending medical tests and the fast-approaching annual court vacation scheduled to commence in July.

In her ruling, Justice Okikiolu- Ighile ordered that the defendant be remanded in prison custody.She then adjourned the case till October 8 and 9 after the court’s vacation, for the commencement of trial.