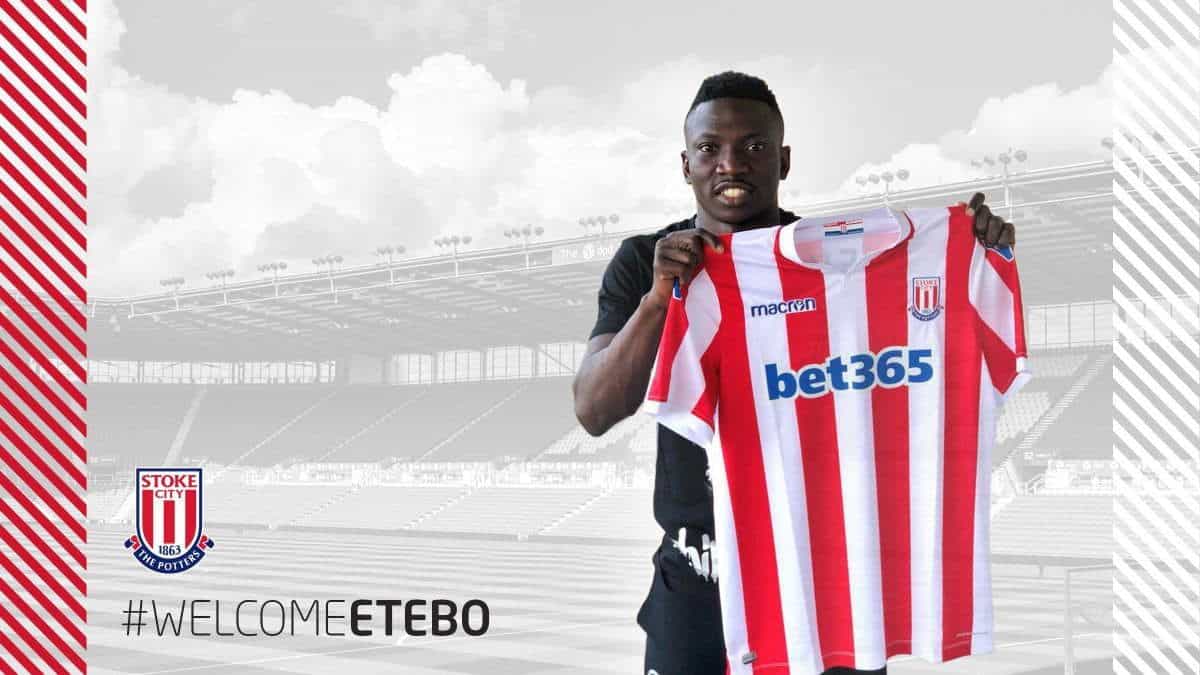 Stoke City have announced the signing of Nigerian international, Oghenekaro Etebo from Portuguese side, Feirense, on a five-year deal.

The £6.35m capture of the 22-year-old Nigerian international player was confirmed on Monday by the second-tier Championship club on Monday.

“I’m particularly pleased that he took the time to look beyond our current league status and understand who we are as a club before choosing us ahead of current Premier League and Bundesliga clubs.”

“Etebo is a very mobile, energetic midfielder and he’s a great age.

“He has played in the top divisions in Portugal and Spain and, of course, he’s heading into the World Cup with Nigeria which will be an amazing experience for him.”

Etebo is part of the Super Eagles team that will represent Nigeria at the Russia 2018 World Cup tournament.