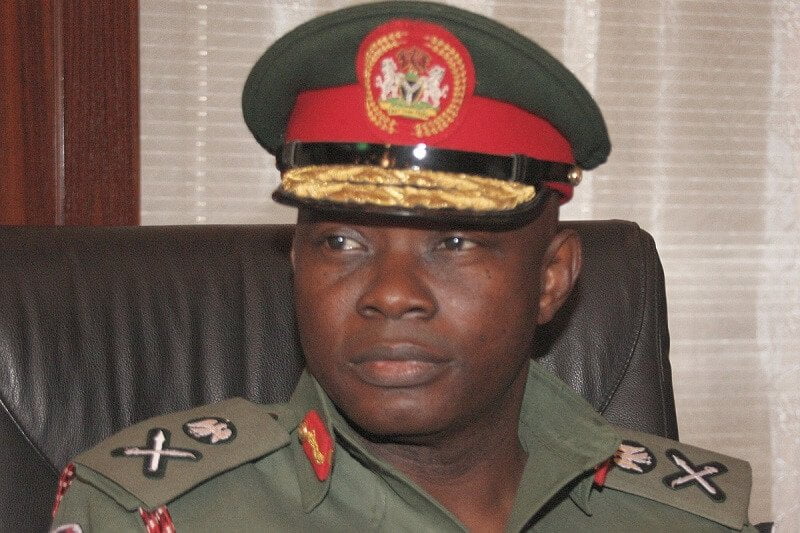 Military Does Not Tolerate Any Act Of Indiscipline – Agim

In regards to several claims of right abuse by the military, the military in a statement has revealed that it will not tolerate any act of indiscipline among its officers and took the time out to urge Nigerians to report any right abuse case.

Brig-Gen. John Agim, the Acting Director of Defence Information, while having interview with journalist in Abuja, stated that the military had procedures for disciplining any of its errant members.

While responding to the report by the Amnesty International on activities of the military in the North-East, he said the military had the mechanism for disciplining any soldier who misbehaved during operations.

He stated, “When there is an operation going on, the military puts some things in place to check anybody who misbehaves. For example in the North -East, there is a court martial that is trying anybody (officer or soldier) who misbehaves.

“There is no way we will have a military such as ours and you will not see one person misbehaving. While I was in Maiduguri, I saw some of the cases that had been decided by the court martial there. A soldier who shot and killed five rescued civilians without any just cause was tried and sentenced to death. If anybody does anything that is against the law, report that person.”

Agim also said that currently there was no local government under the control of the Boko Haram insurgent, but however, noted that Sambisa Forest was a vast area, adding that it was 10 times the size of Lagos State.

The military spokesman also noted that because of the porosity of the Nigerian borders, insurgents made their way into the country.

Explaining the process of deradicalising insurgents, who had surrendered, Agim said that through a programme, Operation Safe Corridor, the military trained such people in Bauchi.

Calling for the cooperation of journalists, Agim said that publicity fuelled terrorism.

“The only way you can check them is to reduce the way you talk about their activities,” he said.

He said that the military would continue to ensure that its members were of good behaviour.