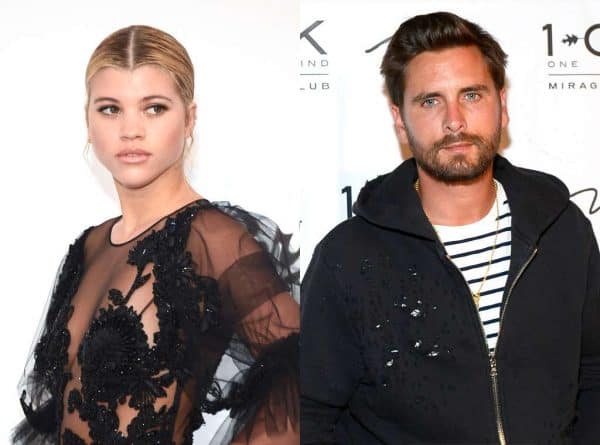 Sofia Richie Gives Reason For Breakup As His Toxic Behaviour

Sofia Richie, who happens to be the daughter of legendary singer Lionel Richie, and Scott Disick, father of Kourtney Kardashian, are reported to have put an end to their relationship.

Sofia ended the relationship after she claimed that she got tired of his toxic behaviour, the break up happened on Friday.

As many wait for an official statement from her, a source close to the lovers claimed the 35 year old man cheated on her and was also spotted getting cozy with a mystery blonde last week at Kanye West’s album release party in Wyoming.

“Sofia broke up with Scott after the pictures and rumors of his behavior in Wyoming were floating around,” the source told E! News exclusively. “She couldn’t take it anymore. Scott has been off the rails recently and is not in a good place. He goes in waves of partying really hard and then will have his good days and it’s just very toxic behavior. It’s very up and down.”

The source also went on to add that Scott is back again battling alcoholism.

Well, Sofia’s dad, Lionel Richie called this a long time ago; he knew that the relationship can’t work, saying his daughter is just passing through a ‘phase’.

“She’s 19 When you’re 19 you know everything. Is it going to be for life? I don’t know. But for right now it’s just a phase and I’m going to stand real still in the corner, get me a good drink and not make too much noise,” he said in February.

He continued, saying, “Now I know what my parents meant when I came through the door with my Afro and my girlfriend and said, ‘Dad, I’m in love’ and [he] looked at me and said, ‘Okay, we’re going to leave you alone for a minute and you’ll figure it out.’ My daughter is getting me back for my Afro days!“