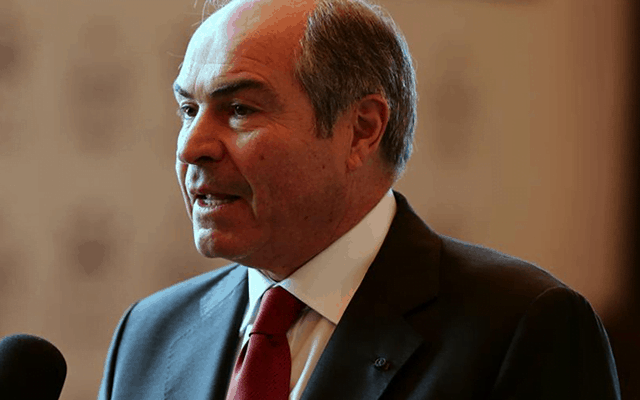 Jordanian Prime Minister, Hani Mulki has resigned today after he was summoned by King Abdullah II over growing protests against his government’s austerity measures, a government source said.

Prime Minister Hani Mulki submitted his resignation to the king this afternoon during a meeting at the Husseiniyeh Palace and the king accepted the resignation,” Naija News understands.

Education Minister Omar al-Razzaz is set to replace the former PM on the order of the king.

#Jordanian PM Hani #Mulki resigns after he was summoned by King #Abdullah II over growing protests against his government's austerity measures https://t.co/Z6yRlVnpj8

Demonstrations have rocked the capital Amman and several other cities since Wednesday after the government adopted a draft income tax law and announced new price hikes based on recommendations by the International Monetary Fund.

Protesters had called on Mulki to step down, vowing not to “kneel” and earning support from trade unions as well as a majority of MPs opposed to the new taxation.

The premier’s meeting with the king came hours after around 5,000 people rallied outside Mulki’s office in Amman, on the fifth consecutive day of protests in Amman and other cities. Jordan, a mostly desert kingdom with few resources, has seen prices of several basic goods and services like bread, fuel and electricity steadily rise over the past year.