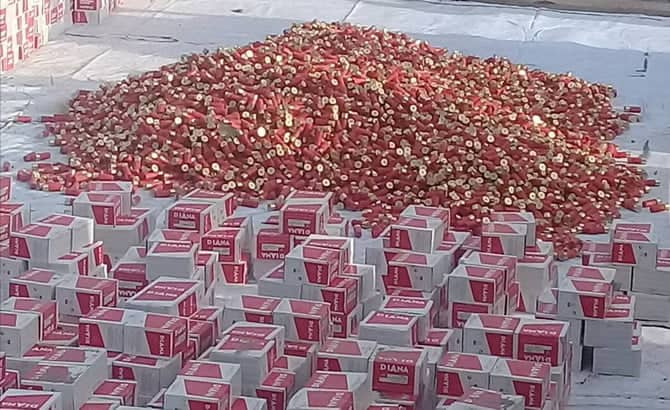 “The live cartridges in boxes and cartons were carefully concealed and sealed in a false-base made up of wooden platform with metallic plates. The drivers and their crew, on sighting troops, abandoned their trucks and fled. A team is on the trail of the fleeing drivers, their crew, collaborators and sponsors, as investigation is ongoing.”

He added that the drivers of the trucks fled and abandoned the ammunition but efforts are being made to get them.

While displaying the impounded trucks and ammunition before newsmen, he said the trucks were impounded following intelligence report.