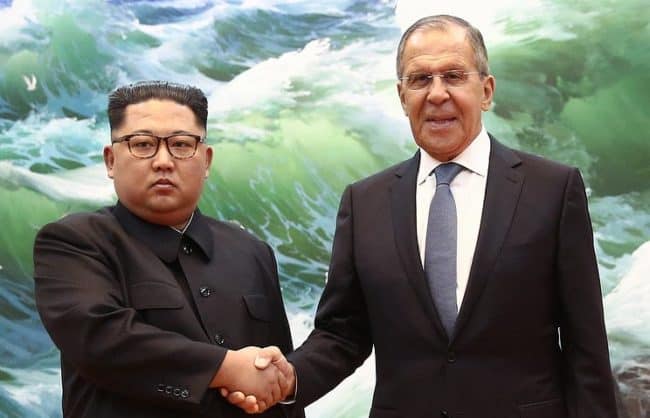 Sergei Lavrov, Russian Foreign Minister, on Thursday invited North Korean leader Kim Jong Un to visit Moscow, during the first meeting between the head of the asian country and a Russian official in Pyongyang.

“Come to Russia, we’ll be very happy to see you,” Lavrov told Kim in remarks released by the Russian foreign ministry.

Lavrov who extended the greeting Russian President Vladimir Putin to Kim, saying he wished him success in the “major undertakings that have been initiated on the Korean peninsula”, the ministry said in a statement.

According to a Russian news agencies, “It was the first official meeting with him face to face,” TASS quoted a source in the minister’s delegation as saying, and Lavrov was the first Russian official to be received by Kim.

Russian Foreign Minister, arrived in Pyongyang earlier Thursday, ahead of a landmark summit between Kim and US President Donald Trump.