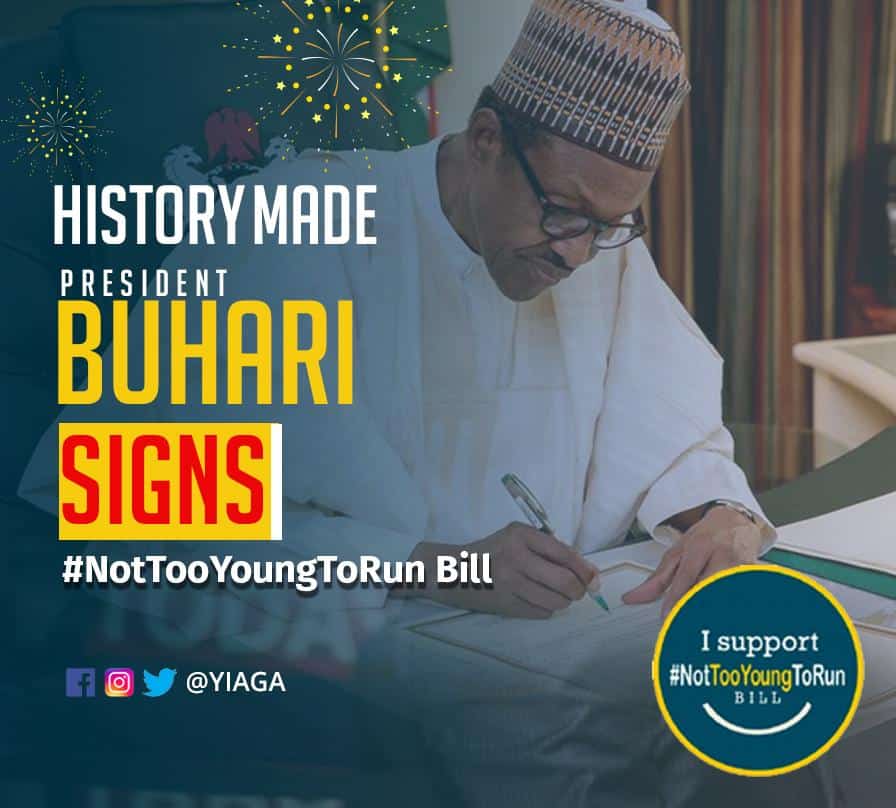 President Muhammadu Buhari has said that the just signed “Not too young to run” bill does not include age limit of senators and governors in the country.

Buhari disclosed this after he signed the bill yesterday in Abuja. He stated that the ages of senators and governors in the country were not affected in the new bill.

The bill seeks to reduce age qualification to hold elective office in the country.

The age limit for those contesting for presidency would also be reduced from 40 to 35 years by the law.

The bill had also sought to reduce the age bracket for the office of a governor from 35 to 30, and that of the senate from 35 to 30.

“Surprisingly, the age limits for senators and governors was not reduced, as originally proposed by the sponsors of this bill,” Buhari said when he signed the bill.

“This is an issue that may need to be addressed going forward.”

It is not yet clear why the lawmakers removed the provision.