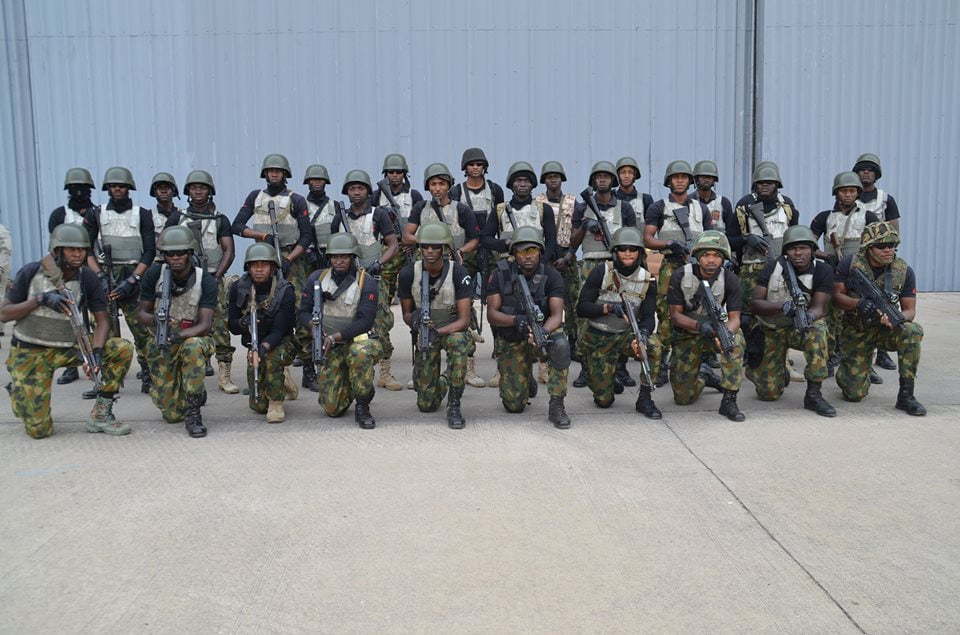 NAF Vows To Flush Out Militants In Lagos; Reveals Plans In Place

As part of vehement efforts to flush out militants in Lagos state and Nigeria at large, the Nigerian Air Force (NAF) has disclosed that it has recruited 7,000 personnel in three years.

Chief of Air Staff (CAS), Air Marshal Sadique Abubakar, who disclosed this noted that; “The whole essence is to ensure that Nigeria and Nigerians are secure and be able to go about their businesses without fear.”

While speaking at the inauguration of some buildings for the personnel at 041 Communications Depot, Shasha in Lagos on Thursday, Sadique said, the Air Force will continue to flush them out “just like we have been doing”.

“We have been in Lagos, Taraba and other states in the country. Very soon, something is going to be worked out which will involve not only the Air Force but all military formations.

“Our commanders are giving us all the inputs. Just like we flushed them before, we are going to continue to flush them with the support of other security agencies.”

The CAS added that the force had acquired new helicopters and aircraft to accomplish the aim of the Force.

The CAS said that the NAF embarked on massive construction of new accommodation as well as re-modelling of old ones to address the infrastructural deficit of the past.

“It is quite important to ensure that the living condition of our tireless and hard working personnel is given high premium.

“Human beings, being the most important resource in organisations, ought to have their welfare needs addressed in order for them to be effective in discharging their assigned roles and responsibilities.”

He said that the NAF Base, Shasha, being one of the bases in the Lagos area, was critical to the successful conduct of NAF operations.